The United Nations has been trying to salvage a truce agreed at peace talks in Stockholm in December between Houthi rebels in Yemen and the Saudi-backed government. 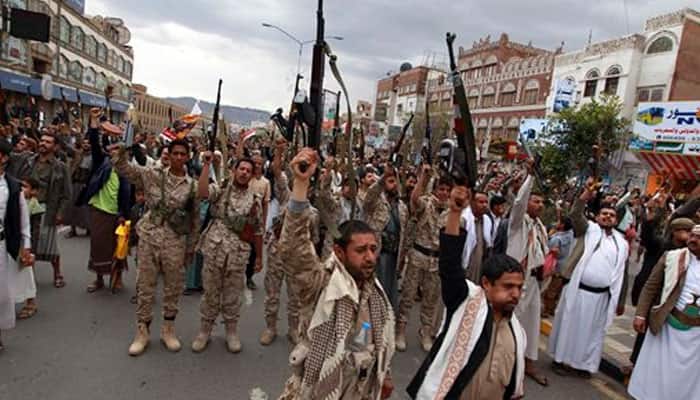 Officials said the summit was neither about Brexit - which British Prime Minister Theresa May was discussing with other leaders on the sidelines - nor primarily about migration, an issue that has consumed European political debate since a surge in arrivals in 2015.

"I hope that the summit manages to focus on our partnership when it comes to economic relations, when it comes to our common work, for instance, on Palestine ... revitalising the two state solution," European Union Foreign Policy Chief Federica Mogherini told reporters.

The United Nations has been trying to salvage a truce agreed at peace talks in Stockholm in December between Houthi rebels in Yemen and the Saudi-backed government.

Saudi Arabia`s King Salman emphasised the importance of a political solution in Yemen while calling the Iranian-backed Houthis terrorists.

"We affirm the importance of international efforts to support Yemeni legitimacy and bring the revolutionary terrorist Houthi militias supported by Iran to submit to the international community," he told the summit.

One issue dividing the Arab League is the possible readmission of Syria, suspended in 2011 over its crackdown on protesters at the start of the civil war.
Arab States still have differences on the issue, said Abdalmahmood Abdalhaleem, Sudan`s permanent representative at the League, though the trend was towards backing Syria`s return and giving Arab states a "foothold" in dealing with the Syria file.

The summit comes at a time when supporters of Egyptian President Abdel Fattah al-Sisi are pushing constitutional amendments through parliament that could allow him to stay in power until 2034. His current term ends in 2022.

Sisi has led a sweeping crackdown on opposition since becoming president in 2014 criticised by rights groups. Western states see Egypt as an important partner for promoting stability in the region.

A carefully worded reference to human rights was included in a draft final declaration, diplomats said, though Assistant Secretary-General of the Arab League Hossam Zaki said human rights and democracy would not feature prominently in discussions.

British PM Theresa May signals she is ready to fight on