France has said it has evidence that the Syrian air force dropped bombs containing nerve agent sarin on a rebel-held town earlier this month that killed 89 people. 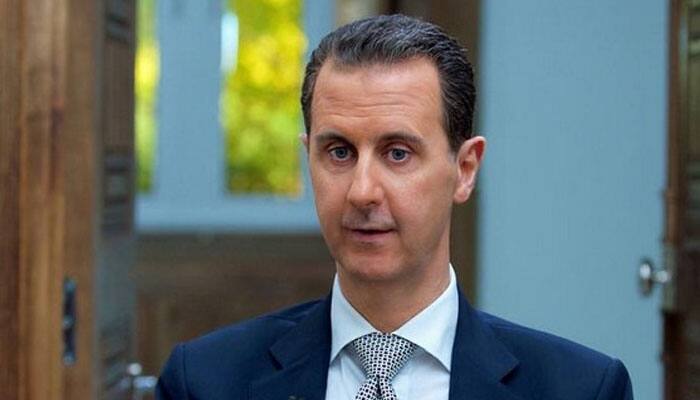 Paris: France has said it has evidence that the Syrian air force dropped bombs containing nerve agent sarin on a rebel-held town earlier this month that killed 89 people.

"We have definite sources that the procedure used to make the sarin sampled is typical of the methods developed in Syrian laboratories," he said.

"This method bears the signature of the regime, and that is what has allowed us to establish its responsibility in this attack."

French laboratories had stored samples taken from other chemical attacks in Syria and so were able to compare them, the Foreign Minister said.

A tweet posed by the French Foreign Ministry said: "There's no doubt that sarin was used. There is also no doubt about the responsibility of the Syrian regime."

International chemical weapons inspectors from the Organisation for the Prohibition of Chemical Weapons (OPCW) said last week they had found "incontrovertible" evidence that sarin, or a similar substance, was used in the April 4 attack on Khan Sheikhoun, but did not apportion responsibility.

British scientists too had found that sarin or a similar chemical was used in the attack, having tested samples smuggled from the site.

However, Damascus denied it had anything to do with the Khan Sheikhoun attack, instead blaming "terrorist" groups.

Syrian President Bashar al-Assad insisted the government never used chemical weapons and that it turned over all of its stocks in 2013, after it was blamed for a sarin attack on rebel-held suburbs of Damascus that left hundreds dead.

Russian President Vladimir Putin, a key Syrian ally, had suggested that the attack was carried out by "forces" trying to frame Assad's regime.

Kremlin spokesman Dmitry Peskov said on Wednesday that Russia would not change its position regarding the Khan Sheikhoun attack in light of the French assessment.

"The Kremlin and President Putin still believe that conducting an impartial international investigation is the only way to find out the truth," state-run TASS quoted Peskov as saying.

The French Foreign Ministry said its independent investigation, was declassified so it could be shared with the world.

Analysis by French experts of samples from the April 4 attack site and the blood of one of the victims confirmed the use of Sarin, the report said.

Those samples were compared with samples from an attack on the northern Syrian town of Saraqeb in April 2013, in which three grenades containing sarin were dropped by a helicopter, one of which failed to explode, it said.

Scientists established the presence of the same chemical compounds in samples taken from Saraqeb and from Khan Sheikhoun, the French Foreign Ministry said.

The report also described the claim that rebel forces in the area had sarin as "not credible".