Australia joined international condemnation of the arrest of the two Canadians but Yang has long been in the sights of Chinese authorities. 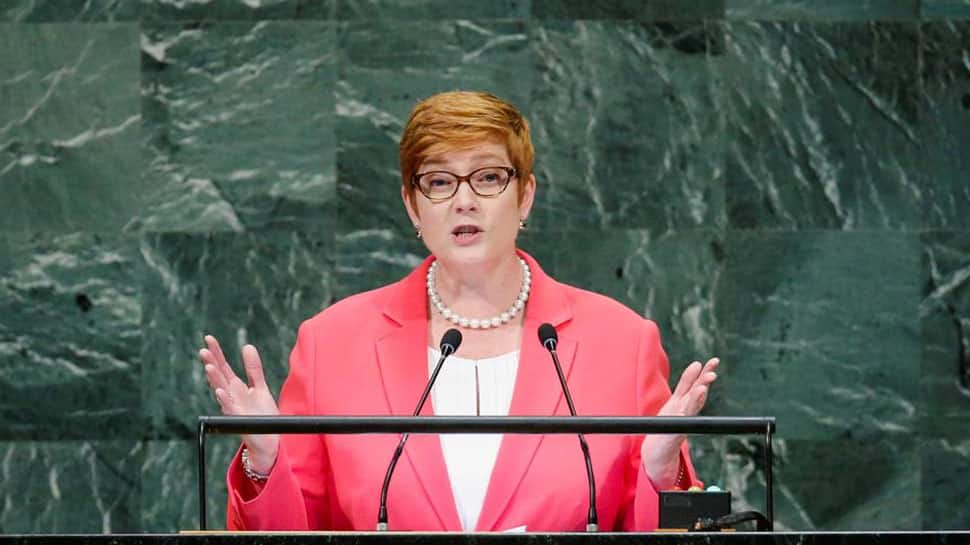 SYDNEY: Australian Foreign Minister Marise Payne said on Thursday there was no evidence to suggest that the detention of a dual-national writer in China was linked to the high-profile arrests of two Canadians but that Canberra was seeking urgent clarification.

Officials in Canberra confirmed on Thursday Chinese-Australian Yang Hengjun, an author and former Chinese diplomat who is now an Australian citizen, had been detained shortly after he flew in to the southern city of Guangzhou from New York last week.

There has so far been no comment from China about Yang. Tensions between China and some parts of the West have been heightened since two Canadians, a diplomat on unpaid leave and a consultant, were arrested in China on suspicion of endangering state security.

Those arrests were widely seen in the West as retaliation by Beijing for the arrest of Meng Wanzhou, a senior Huawei Technologies executive, in Canada on Dec. 1. She is accused of violating US sanctions on Iran.

Payne said staff from Australia`s embassy met Chinese officials on Thursday to seek answers and, while details were limited, she said there was no evidence that it was linked to Australia`s criticism of Beijing`s detention of two Canadians.

"At this stage there is no evidence of such a connection ... but I`d be concerned if there was an indication of that," Payne told reporters in Sydney. "We are calling on the Chinese authorities to ensure this matter is dealt with transparently and fairly," she said.

Feng Chongyi, an academic at the University of Technology in Sydney, said he asked Yang to avoid travelling to China because of the tensions. "I tried to persuade him not to go. I didn`t think it would be safe for him because of the situation with Huawei but he believed that he would fine as he had been there so many times," Feng said.

The Australian government was first alerted that Yang had gone missing after friends said he had not been reachable for several days.

Australia joined international condemnation of the arrest of the two Canadians but Yang has long been in the sights of Chinese authorities. He has criticised what he described as Chinese interference in Australia.

Yang was also reported missing while in China in 2011, emerging several days later. Two sources familiar with the details said he had been detained but agreed to say he was unwell. Chinese President Xi Jinping has presided over a sweeping crackdown on dissent since coming to power in 2012, with hundreds of rights lawyers and activists detained. Dozens have been jailed.

Yang`s case will likely also be pressed by Australian Defence Minister Christopher Pyne, who arrived in Beijing on Thursday for previously scheduled talks with his Chinese counterpart, Wei Fenghe, and other senior officials.

Pyne`s visit was arranged in a bid to repair damaged ties following Australian allegations in 2017 that China was meddling in it domestic affairs. Australia`s conservative government has sought to refrain from such public criticism in recent months, although analysts said Yang`s arrest fuels pressure on Canberra to rebuke its largest trading partner.

"Australia can`t hide from this, it will need to respectfully protect its citizens," said Rory Medcalf, head of the National Security College at the Australian National University. "This detention marks the new normal in the bilateral tension, which will be constant low-level tension," he said.

US can see zero Q1 growth due to shutdown: White House adviser