Amid a war of nerves between the Imran Khan administration and protesters, the Azadi March participants, led by the Jamiat Ulema-e-Islam-Fazl (JUI-F) and allied organisations, have started `settling down` for a long haul in the capital. 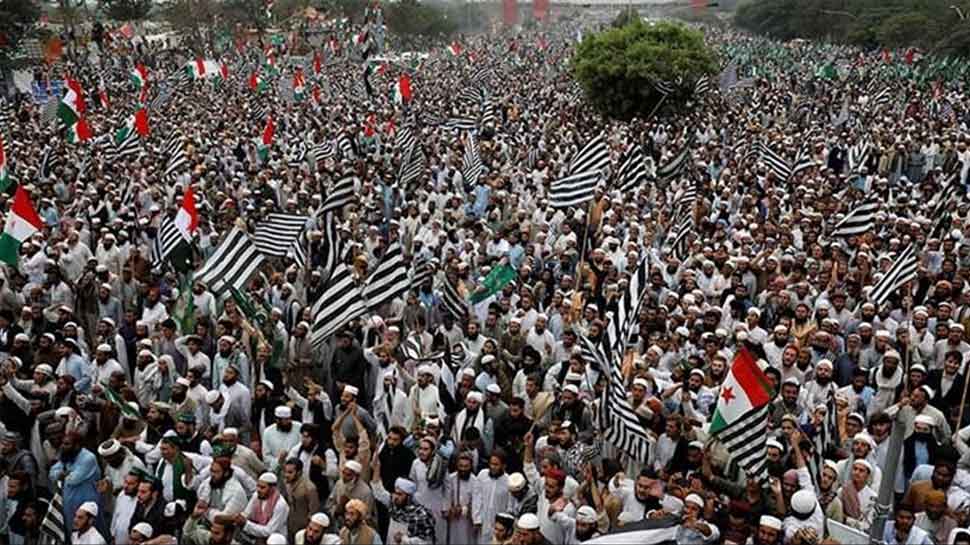 Islamabad: Amid a war of nerves between the Imran Khan administration and protesters, the Azadi March participants, led by the Jamiat Ulema-e-Islam-Fazl (JUI-F) and allied organisations, have started `settling down` for a long haul in the capital.

Apart from the mundane jobs, they have started indulging in recreational activities to keep themselves occupied. Stalls have been set up to sell daily-use items, bottled water, food and beverages as well as dry fruits at reasonable prices to protesters.

As there is no electricity available at protest camps, protesters have set up solar panels to light their make-shift homes and keep their mobile phones charged to stay connected with their families back home and other activists.

The protesters are camping at Sector H-9 of the capital since Friday.

Like clockwork, participants arose early Sunday morning to offer morning prayers after tending to the calls of nature and performing their ablutions, The Express Tribune reported on Monday.

The prayers are followed by an elaborate change of guard ceremony of the Ansarul Islam, the militia of the JUI-F that is guarding protesters and keeping a close watch on the proceedings. After that the militia conduct their security drills to keep its cadre war-ready.

Since not every participant brought a tent and the weather is turning a little chilly in the federal capital, the protesters have started using the containers, placed by the Islamabad Capital Territory Administration (ICTA) for restricting their movement in the high-security zones, as dwellings, according to the Pakistani media reports.

Instead of wasting time on removing the barricades or making complaints, they have accepted the containers as their shelter.

The protesters are also attracting huge crowds of spectators every day.

Microsoft experiments with four-day workweek in Japan, productivity jumps to 40%