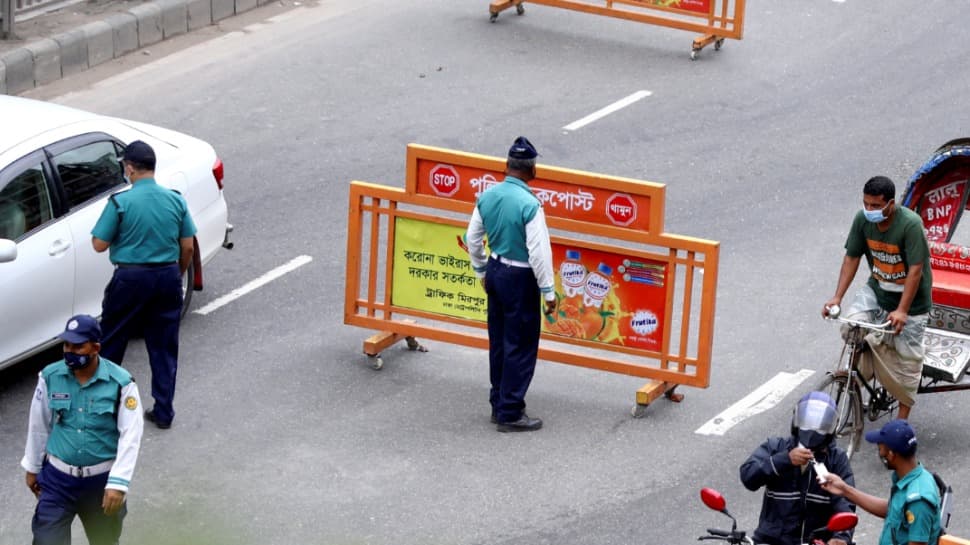 DHAKA: Bangladesh on Monday extended its strictest lockdown to July 14 to combat a surge in coronavirus cases led by the highly contagious Delta variant, with areas bordering India taking the brunt of infections.

The south Asian country reported 164 new coronavirus deaths on Monday, its biggest daily rise since the pandemic began, taking the death toll to 15,229. It also reported the highest-ever number of new daily infections at 9,964, with the total standing at 954,881.

Hospitals are overwhelmed with coronavirus patients, particularly in districts bordering India where the Delta variant was first identified. Bangladesh sealed its border with India in April, but the trade continues.

A surge in cases had prompted the government to order a week of tight controls on Thursday, with army troops patrolling streets.

All measures have been extended, the government said in a statement. The shutdown has sparked an exodus of migrant workers from the capital Dhaka to home villages.

Factories are allowed to operate observing health protocols while all offices and transportation remain shut except essential goods carriers and ambulances.

Some workers are finding it difficult to survive without any income coming in.

"During the lockdown, there is no work. If this continues, I don`t know how I feed my family," said Mohammad Manik, father of two, who works as a day labourer at a kitchen market in Dhaka.

"It is not the coronavirus but hunger that will kill us."

Bangladesh`s vaccination drive suffered a blow after India stopped exports of the AstraZeneca shot in response to a record surge in domestic infections, with only 3% its population of 170 million so far receiving the required two doses.