Battle against Ebola being lost amid militarised response, MSF says

MSF`s international president Joanne Liu said the outbreak, which has killed 569 people, would not be beaten unless the community trusted the authorities and were treated humanely. 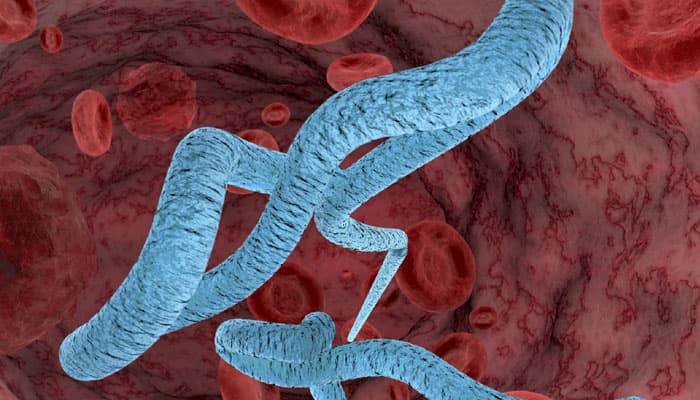 GENEVA: The battle against Ebola in Democratic Republic of Congo is failing because ordinary people do not trust health workers and an overly militarised response is alienating patients and families, the medical charity MSF said on Thursday.

Last week Medecins Sans Frontières (Doctors Without Borders) suspended medical activities at the focal point of the epidemic after two of its facilities were torched by unidentified assailants.

MSF`s international president Joanne Liu said the outbreak, which has killed 569 people, would not be beaten unless the community trusted the authorities and were treated humanely.

"The existing atmosphere can only be described as toxic," Liu told reporters in Geneva.

Ebola responders were increasingly seen as the enemy, with more than 30 attacks and incidents against the Ebola response in the past month alone, she said.

The epidemic is in a region of Congo that is prey to armed groups and violence where officials are prone to see threats through a security lens and to use force.

"There is a lot of militarisation of the Ebola response," she said. "Using police to force people into complying with health measures is not only unethical, it`s totally counterproductive. The communities are not the enemy."

Involvement of security and police forces merely deepened suspicions that Ebola was being used as a political tool, she said.  A spokeswoman for Congo`s Health Ministry said there appeared to be confusion about the security forces` role.

"The police and the army are not involved in Ebola response activities and their role has never been to enforce sanitary measures," Jessica Ilunga said.

The Interior Ministry has been asked to guarantee security, as it is unacceptable for health officials to be threatened and attacked, or for the threat of violence to stop families burying their loved ones in a dignified and safe manner, she said.

MSF was insisting on security before it returned to its damaged facilities, she said. Local officials, unlike international staffers, did not have the privilege of being evacuated for security reasons, she said.

Liu said there were still signs the outbreak - the second worst ever - was not being brought under control.

Forty percent of deaths were outside medical centres, meaning patients had not sought care, and 35 percent of new patients were not linked to existing cases, meaning the spread of the disease was not being tracked.  "Ebola still has the upper hand," Liu said.

Villagers saw fleets of cars racing to pick up a single sick person and vast amounts of money pouring in. Some were instructed to wash their hands but had no soap to do so.

"They see their relatives sprayed with chlorine and wrapped in plastic bags, buried without ceremony. Then they see their possessions burned," she said.