The investors summit was organised by the Sarhad Chamber of Commerce and Industries in Azerbaijan capital Baku. 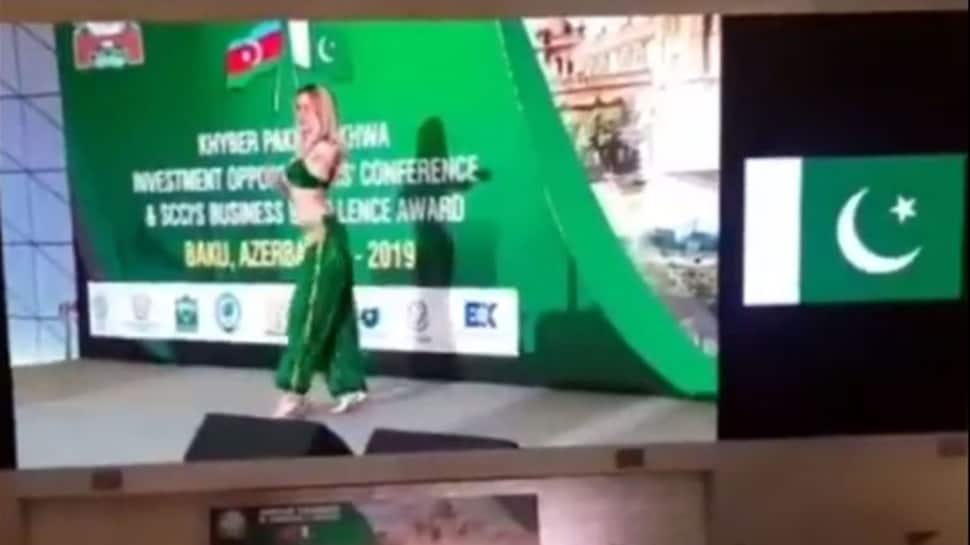 Pakistan is desperate for foreign investment to revive its economy, which is virtually in a state of bankruptcy. In a bid to woo foreign investors, the cash-strapped country organised a global summit in Azerbaijan, but what grabbed the headlines was a belly dance show that was organised to entertain the gathering.

The investors summit was organised by the Sarhad Chamber of Commerce and Industries in Azerbaijan capital Baku. The purpose of the summit was to attract global investment for Khyber Pakhtunkhwa region of Pakistan.

The gathering was first informed about the various investment opportunities in the troubled Khyber Pakhtunkhwa region. But what came as a shocker for the guests was the belly dance programme organised at the event.

The video of the belly dance performance at the investors summit has been widely circulated across social media platforms. In the video, two to three belly dancers can be seen grooving to music on stage.

People have reacted in shock and disappointment over the move by the organisers of the event. Prime Minister Imran Khan-led Pakistan government has been criticised widely over the same.

Many who have shared the video have asked – ‘Is this Naya Pakistan?’ One of the users on social media compared the situation in India and Pakistan saying, “While India is sending its spacecraft to the Moon, Pakistan is using belly dancers to woo investors”.

The fresh embarrassment for Pakistan comes amid its needless efforts to thwart India’s move to abrogate Article 370, which granted special status to Jammu and Kashmir. The neighbour has been running from pillar to post against New Delhi’s move, claiming that it violates the Shimla agreement and Lahore declaration.

However, all major world powers, including US, Russia and UK have refused to interfere, maintaining that Jammu and Kashmir is an internal matter for India and the move by Prime Minister Narendra Modi-led government is in accordance with the provisions of the Indian Constitution.