A new date for the meeting would be set as soon as possible, said an official. 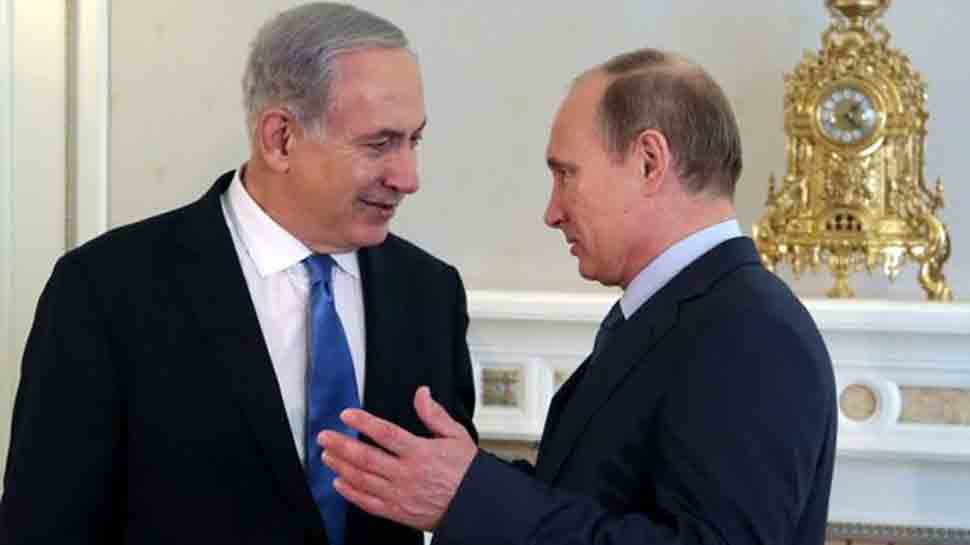 The two leaders would speak by phone on Thursday instead, the official said on condition of anonymity today, adding that a new date for the meeting would be set as soon as possible.
It was described as a postponement of several days.

The official gave no reason for the postponement, but Israeli media said it was related to Netanyahu's strategizing with allied right-wing parties for April 9 elections ahead of a Thursday deadline for electoral lists to be submitted.

The meeting would have been their first extensive face-to-face talks since a friendly fire incident in September that led to a Russian plane being downed by Syrian air defences during an Israeli raid, which angered the Kremlin.

Netanyahu and Putin, who have spoken by phone several times since the incident, met in Paris in November on the sidelines of World War I commemorations.
Israel has carried out hundreds of air strikes in Syria against what is says are Iranian and Hezbollah targets, and the Jewish state and Russia have set up a "de-confliction" hotline to avoid accidental clashes.

Netanyahu has pledged to stop Israel's main enemy Iran from entrenching itself militarily in the neighbouring country.

Both Russia and Iran are allies of Syrian President Bashar al-Assad and have helped his forces inflict numerous defeats on rebels and jihadists.