Blast in van near church in Colombo when officials were defusing bomb: Witness

An explosion went off on Monday in a van near a church in Sri Lankan capital Colombo when bomb squad officials were trying to defuse the bomb, Reuters reported quoting an eyewitness. 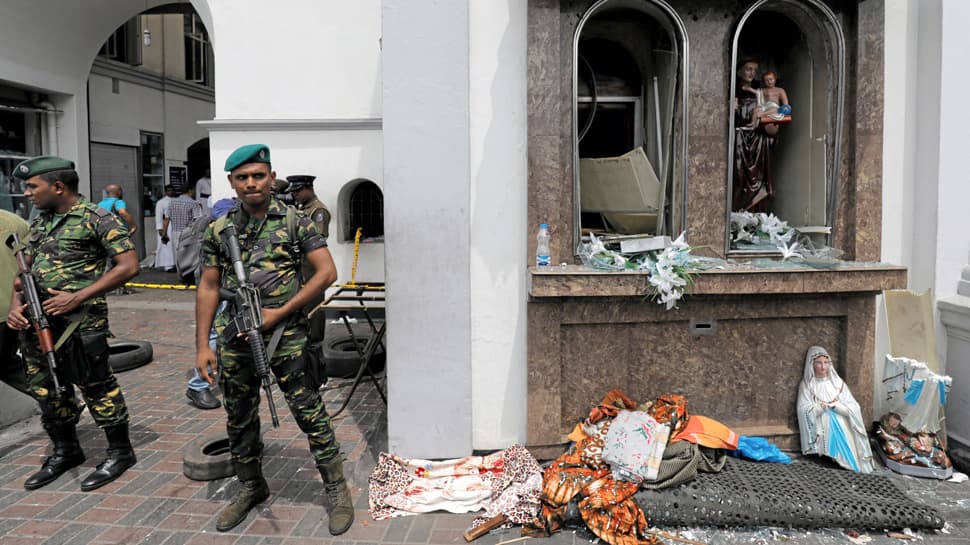 An explosion went off on Monday in a van near a church in Sri Lankan capital Colombo when bomb squad officials were trying to defuse the bomb, Reuters reported quoting an eyewitness.

"The van exploded when the bomb defusing unit of the STF (Special Task Force) and air force tried to difuse the bomb," the witness was quoted by Reuters as saying.

The explosion took place shortly after Sri Lankan police found 87 bomb detonators at Colombo's main bus station in the capital. The detonators were found just a day after suicide bombers targeted churches and hotels in Colombo killing at least 290 people and injuring about 500.

Sri Lankan security forces have launched a massive operation across the country and are conducting raids at several places to find those who were involved in the deadly attacks. No group has claimed responsibility for the attacks so far.

Meanwhile, a Sri Lankan minister said on Monday that all suicide bombers involved in the eight blasts that rocked the island nation on Sunday 'are believed to be Lankan nationals.'

Minister Rajitha Senaratne said that none of the suicide bombers behind the ghastly attack was a foreign national. He added that it was possible that Islamic extremist outfit National Tawheed Jamath had organised and coordinated the attacks. Senaratne, who is also a cabinet minister, added that the security agencies are trying to find out whether the group had "international support". Not much is known about NTJ, which has been suspected of being involved in the vandalisation of Buddhist statues in Sri Lanka last year.

At least 24 suspects have been arrested in connection with the serial blasts and Sri Lankan authorities are questioning them, reported local media.On Sunday, Sri Lankan Prime Minister Ranil Wickremesinghe acknowledged that the government had intelligence reports which warned of attacks but the security agencies failed to respond adequately to these reports.