Currently led by a caretaker government, Bolivia is grappling to mend stark divisions between Morales supporters and opponents seeking to move beyond his nearly 14-year rule. 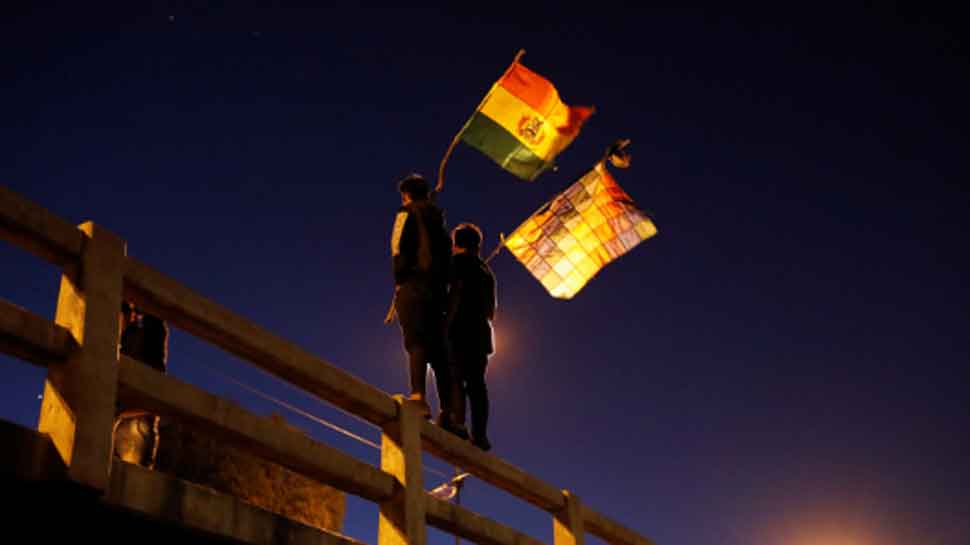 LA PAZ/MEXICO CITY: Bolivian lawmakers meet later on Wednesday to try and agree a path to new elections and defuse street violence that has killed 30 people since a disputed October vote.
The South American country's two chambers of congress are to discuss annulling the October 20 poll and appointing a new electoral board, paving the way for a new vote after long-term leftist leader Evo Morales resigned under pressure this month.

Currently led by a caretaker government, Bolivia is grappling to mend stark divisions between Morales supporters and opponents seeking to move beyond his nearly 14-year rule.

He stepped down on November 10 under pressure from protesters, civil groups, security forces and allies, as well as an international audit that found serious irregularities in the election count and cast doubt on his announced outright victory.

Since then, an interim government under conservative former Senator Jeanine Anez has struggled to quell deadly violence, and fanned some divisions with abrupt shifts in policy away from Morales, the country`s first indigenous president.

In a statement, Anez said she would present a bill to call for new elections on Wednesday "as the whole country is demanding" and that it would be through legal, constitutional channels unless lawmakers blocked it.
"We have developed a basic bill. It can probably be corrected, agreed upon, enriched by all the sectors that are involved with the aim of pacifying the country and choosing our rulers," she said. "But there will be elections in the country; we guarantee it."

Conflict in the region of Cochabamba and the high-altitude city of El Alto has rattled Bolivia over the last week since Morales` departure, with clashes at a gas power plant blockade on Tuesday leaving six people dead.

That took the total number of deaths in the post-election unrest to 30, according to Bolivia`s official human rights ombudsman, most of those in the last 10 days.

In a press conference on Wednesday, government minister Arturo Murillo claimed Morales was continuing to stoke unrest. He showed reporters a video of a phone call including audio allegedly of Morales directing plans for blockades. Reuters was not able to verify the contents of the video.

"That is Evo Morales doing state terrorism," Murillo said, without giving the source of the three-minute video. "In the next few hours, we will file an international lawsuit on this." Morales at a press conference in Mexico, in turn, accused the interim government of using excessive force against peaceful protesters.

He showed a video of dead Bolivians with bloodied faces, saying they had been shot by soldiers. Reuters was not able to verify the contents of that video.

Morales has talked about returning to finish his term until Jan. 22 but said he had been told that the United States did not want him to go back to Bolivia.