Bombs found in Nepal, day after three explosions in Kathmandu

Security has been beefed up after four people died and seven others were injured in the explosions on Sunday. 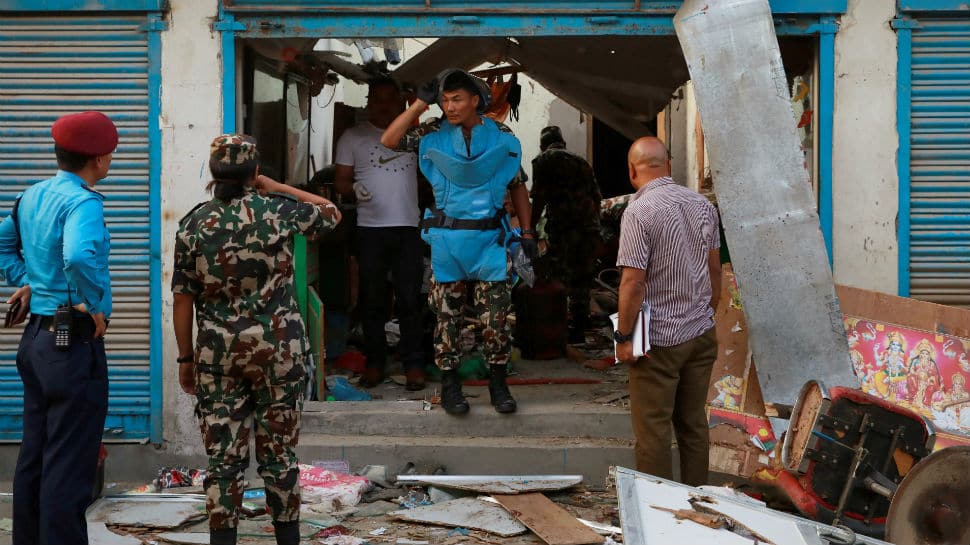 Kathmandu: A bomb disposal team of the Nepal Army has disposed three explosive devices in the country, a day after four people died in three blasts in the capital, officials said on Monday.

The first bomb was planted on a footpath in front of an office in Kaski district. It was disposed on Monday morning, the Himalayan Times reported.

The police said it was a very powerful pressure cooker bomb and possibly planted by the cadres of Netra Bikram Chand (Biplav)-led Communist Party of Nepal. A loud sound was heard followed by flames and smoke when the explosive was disabled.

It is believed that the bomb was planted on Sunday night, the report said.

Another explosive device was found near Durbar Party Palace at Durbar Marga in Pokhara city. It was also disabled.

The third bomb was found along the Bhupi Sherchan Highway at Nagdanda in Kaski district.

The police said these bombs were planted in areas frequently visited by people and were more powerful than the ones used on Sunday, according to the report.

Security has been beefed up after four people died and seven others were injured in three explosions in Kathmandu on Sunday. Improvised or crude explosive devices are believed to have been used to set off the blasts, according to the police.

Though no one claimed responsibility for the Sunday explosions, police official Shyam Lal Gyawali said that they suspect the blasts may have been the work of a splinter group of former Maoist rebels who are opposed to the government for arresting its supporters.