Brazilian President Jair Bolsonaro last Friday ordered the deployment of military personnel to fight the blazes throughout the Amazon region. 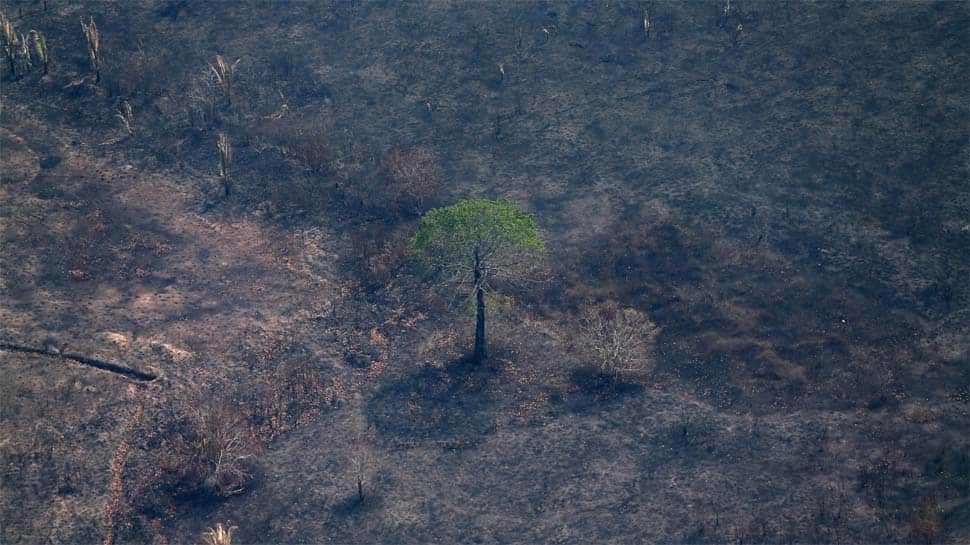 An aerial view of a burned tract of Amazon jungle as it was cleared by loggers and farmers near Porto Velho (Reuters photo)
Share:
Edited By:

Brasilia: Brazil`s government published a decree that prohibits for 60 days the use of fire to clear land for crops and cattle grazing in the Amazon region, which is suffering its worst blazes in recent years.

The decree published in the Official Gazette on Thursday is aimed at avoiding new outbreaks of fires at a time when authorities are starting to control the blazes that have torched the planet`s largest rainforest over the past three weeks and alarmed the international community, Efe news reported.

Deforestation and field burning - common practices even among indigenous communities - are used to prepare land for agriculture and ranching and are allowed in the Amazon under certain laws that will be suspended over the next 60 days.

Brazil`s government, which is responsible for nearly 70 percent of the Amazon`s roughly 7 million sq km (2.7 million sq. miles), said Wednesday that the amount of fire hotspots has started to decline but did not present data for the entire region.

Authorities only offered concrete statistics for the northwestern state of Rondonia, which borders Bolivia, a country whose Amazon region also has been affected by the blazes.

Those figures indicated that the number of fire hotspots observed in Rondonia fell from 400 to 24 between Monday and Tuesday, a reduction attributed to firefighting efforts by Brazil`s armed forces.

Brazilian President Jair Bolsonaro last Friday ordered the deployment of military personnel to fight the blazes throughout the Amazon region.

According to the National Institute for Space Research (INPE), a research unit of Brazil`s Science, Technology, Innovation and Communication Ministry, a total of 71,497 forest fires have been detected in Brazil in the first eight months of this year, up 83 percent from the same period of 2018.

More than half of those blazes were located in the country`s Amazon region, the INPE said.

Brazil`s most prominent environmentalist said Monday that the failure to protect the environment and an outdated approach to economic development are the main factors behind the fiery "holocaust" raging in the Amazon region.

Marina Silva, who served as Brazil`s environment minister from 2003-2008, said ahead of a sustainable development conference in Quito that Bolsonaro`s administration was partly responsible for the situation because it has rolled back environmental regulation and called for expanding both agriculture and extractive industries in the region.

But above all, she said, it is "climate change that threatens the planet`s equilibrium," made worse by "populist" politicians who encourage settlers in the Amazon to persist in outmoded practices such as using fires to clear land for planting.