The President's Facebook page said, "The Armed Forces Hospital and (diagnostic laboratory) Sabin have returned a negative test result for COVID-19 for the President of the Republic Jair Bolsonaro." 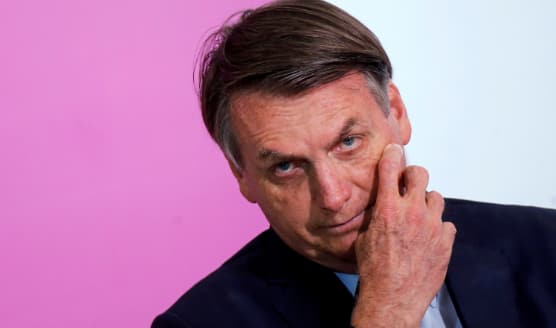 New Delhi: Brazilian President Jair Bolsonaro said on Friday (March 13) that he had tested negative for coronavirus, after a scare over a US trip on which at least one infected member of his staff rubbed shoulders with Donald Trump.

The President's Facebook page said, "The Armed Forces Hospital and (diagnostic laboratory) Sabin have returned a negative test result for COVID-19 for the President of the Republic Jair Bolsonaro."

The post was accompanied by a picture of Bolsonaro flashing an obscene arm gesture at the press, writing "Don't believe in the fake news media!"

Brazilian media reports on Friday said that President Jair Bolsonaro tested positive for coronavirus. The positive test came after the President's press secretary was found to be infected following a trip to the US.

During his three-day US trip from March 7, Bolsonaro had met US President Donald Trump at his Mar-a-Lago resort in Florida.

Bolsonaro`s medical team "is adopting all the preventive measures necessary" to ensure the President and his delegation on the trip, as well as other aides, are in good health, the government said.

Xinhua report said the Brazil government had confirmed that Wajngarten tested positive for coronavirus on Thursday. The government reportedly said that it also notified US officials about Wajngarten.

The White House, however, said on Thursday that Trump and Pence had no plans to undergo testing. President Trump reportedly said that he was not worried that he may have been exposed to the virus.

Trump told reporters "Let's put it this way: I'm not concerned," while meeting with Irish Prime Minister Leo Varadkar in the Oval Office on Thursday.

Meanwhile, Brazil's Health Ministry has confirmed 60 cases of the virus in the country as of Thursday. The country has not yet reported any deaths from the pandemic.