Brexit: What will happen in the British parliament on February 14?

Theresa May will make a statement to parliament on Tuesday setting out what progress she has made in talks with Brussels. 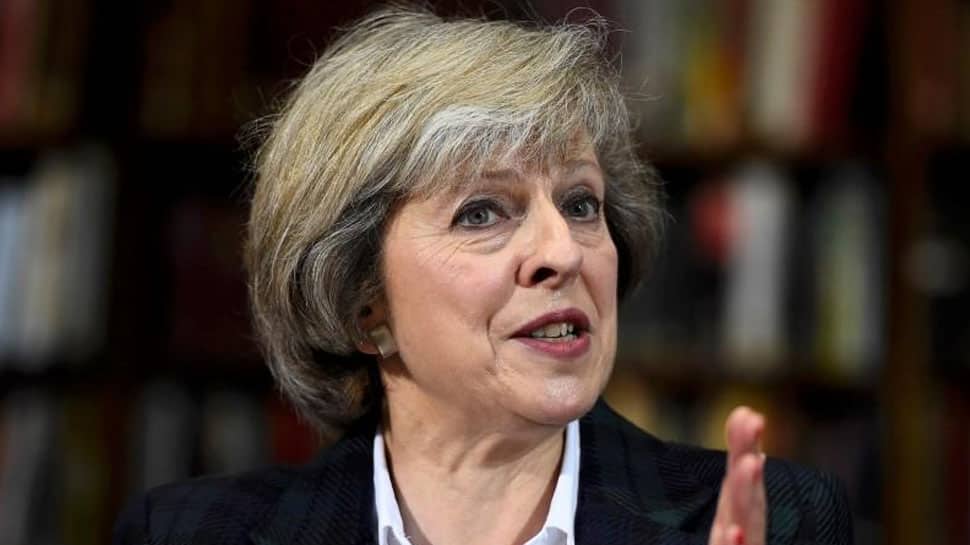 LONDON - The British parliament is set to hold a debate on Brexit on Feb. 14 but this is not a re-run of a vote last month on whether to approve the exit deal Prime Minister Theresa May`s negotiated with the European Union.

May is seeking changes to her deal with Brussels after it was rejected by a record majority in parliament on Jan. 15. She has said she wants to bring a revised deal back to parliament for a vote "as soon as possible" but has not yet set a date for doing so.

She will make a statement to parliament on Tuesday setting out what progress she has made in talks with Brussels. Lawmakers will then debate the subject on Thursday.

Below is what will happen on that day:

WHAT WILL THEY DEBATE?

May will make a statement to parliament on February 12 updating lawmakers on her progress so far in seeking changes to her deal. She is expected to ask parliament to reaffirm its support for her plan to try and renegotiate the part of the deal relating to the future of the Ireland-Northern Ireland border.

The debate on February 14 will be on a motion - a proposal put forward for debate - about Brexit more generally. The previous similar debate on Jan. 29 was on a motion which simply asked lawmakers to agree that they had considered May`s latest statement on the Brexit negotiations.

Yes. As with the January 29 debate, lawmakers will be able to propose changes, known as amendments. It is likely that many amendments similar to those debated on January 29 will be proposed, including attempts to shift control of the process away from government and give parliament a chance to define Brexit.

As with January 29, if these are successful they could have a profound effect, giving lawmakers who want to block, delay or renegotiate Brexit a possible legal route to do so.

With the EU saying so far that they are not willing to reopen talks on the Withdrawal Agreement, other lawmakers are likely to propose alternatives to May`s deal to gauge support for them and persuade the prime minister to change course by seeking closer EU ties or holding a second referendum.

An attempt by Labour lawmaker Yvette Cooper and Conservative Nick Boles to give parliament the power to request a delay to Britain`s March 29 exit was defeated by lawmakers on Jan. 29, but Boles said he would renew that effort on Feb. 14 if a deal has not been passed by then.

The government persuaded many lawmakers not to support that previous attempt by promising them that it would not be their last chance to seek to stop a `no-deal` departure from the EU as they would get to debate Brexit again on Feb. 14.

Last week, a Conservative lawmaker involved in discussions with the government about changes to the deal said that if May could demonstrate that the EU was willing to renegotiate, she would buy herself some more time and avoid a potential flashpoint in parliament on Feb. 14.

WILL THERE BE VOTES?

The Speaker, John Bercow, will decide whether to select any of the amendments for a vote. Lawmakers will vote on each of the selected amendments one by one, before voting to give final approval to the wording of the motion itself.

Before the debate begins, lawmakers will have to agree to the proposed timetable for the debate - currently just one day. If lawmakers believe that more than one day is needed, the votes could in theory be pushed into the following week.

WHAT HAPPENS AFTER THAT?

The next steps will depend on whether parliament approves an alternative course of action, or whether May`s strategy is endorsed by lawmakers.

Conservative lawmakers are likely to give May more time to negotiate, meaning that nothing changes after Thursday`s vote, and the government keeps pursuing its plan to change the exit agreement and put a deal to parliament as soon as possible.

The impact of any rival amendments which are passed will depend on how they are worded, which will not be known until after Tuesday`s statement.

The government has promised that it will give parliament another chance to debate the issue by Feb. 27 using the same format described above, if a deal has not been agreed before then.