British Foreign Minister Jeremy Hunt condemned violence on both sides and warned of consequences if China neglects commitments made when it took back Hong Kong. 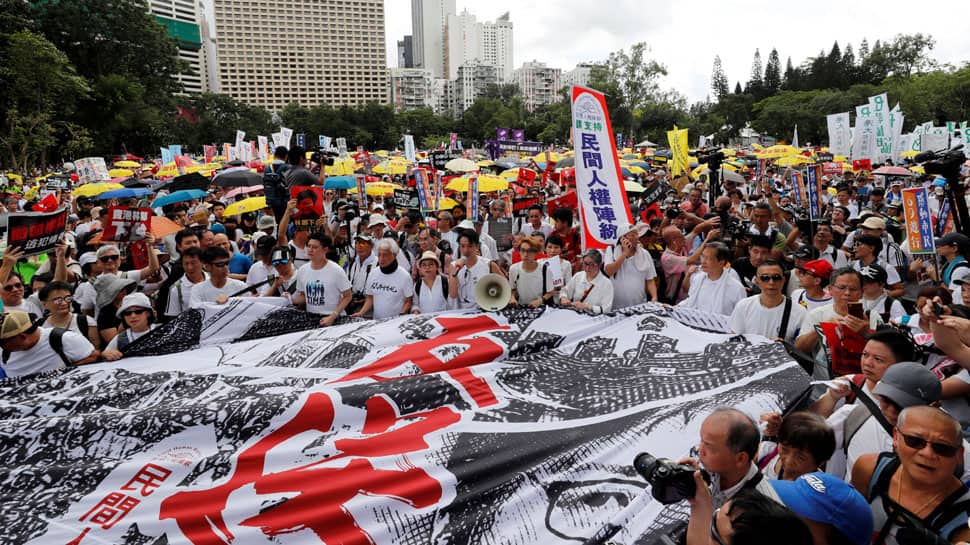 BELFAST/LONDON: Britain told China to honour its commitments to protect freedoms in Hong Kong on Tuesday, after police fired tear gas to disperse hundreds of protesters in the former British colony.

Officers moved in after crowds stormed and trashed Hong Kong`s legislature on Monday, the anniversary of its return to Chinese rule, protesting against proposed legislation allowing extraditions to mainland China.

British Foreign Minister Jeremy Hunt condemned violence on both sides and warned of consequences if China neglects commitments made when it took back Hong Kong to allow freedoms not enjoyed in mainland China, including the right to protest.

"We can make it clear we stand behind the people of Hong Kong in defence of the freedoms that we negotiated for them when we agreed to the handover in 1997 and we can remind everyone that we expect all countries to honour their international obligations," Hunt told Reuters when asked what Britain could do.

He added that he hoped to avoid sanctions for China, saying: "I hope it won`t come up anything like that at all."

"There is a way through this which is for the government of Hong Kong to listen to the legitimate concerns of the people of Hong Kong about their freedoms," he added.  China said on Monday Britain no longer has any responsibility for Hong Kong and needed to stop "gesticulating" about the city.

China has denied interfering in Hong Kong affairs, though protesters have said the extradition bill is part of a relentless move towards mainland control.
Hunt, a candidate to succeed Theresa May as Prime Minister, said at a campaign event in Belfast that many supporters of the Hong Kong demonstrators would have been dismayed by footage of Monday`s protests but that they should not be used as a pretext for repression.

The protests have created a fresh crisis for Chinese President Xi Jinping, already grappling with a trade war with Washington, a faltering economy and tension in the South China Sea.

China and Britain signed a Joint Declaration in 1984 on the terms of the return of Hong Kong.  Monday marked the 22nd anniversary of the actual handover in 1997, and some protesters hung a colonial flag in a chamber of the Legislative Council building after getting in.

China said in 2017 the Sino-British Joint Declaration was a historical document with no practical significance, and has regularly urged Britain not to interfere in Hong Kong affairs as protests have mounted.

Britain rejects this view of the declaration and insists it is not interfering inappropriately in China`s affairs. "The joint declaration remains valid, (but) we are not there to dictate and instruct either the Chinese government or that of Hong Kong," junior foreign minister Alan Duncan told lawmakers.