California storms to dump up to 7 feet of snow, force evacuations

Significant road closures and travel delays were possible in the Los Angeles area given risks of flash flooding and rockslides. 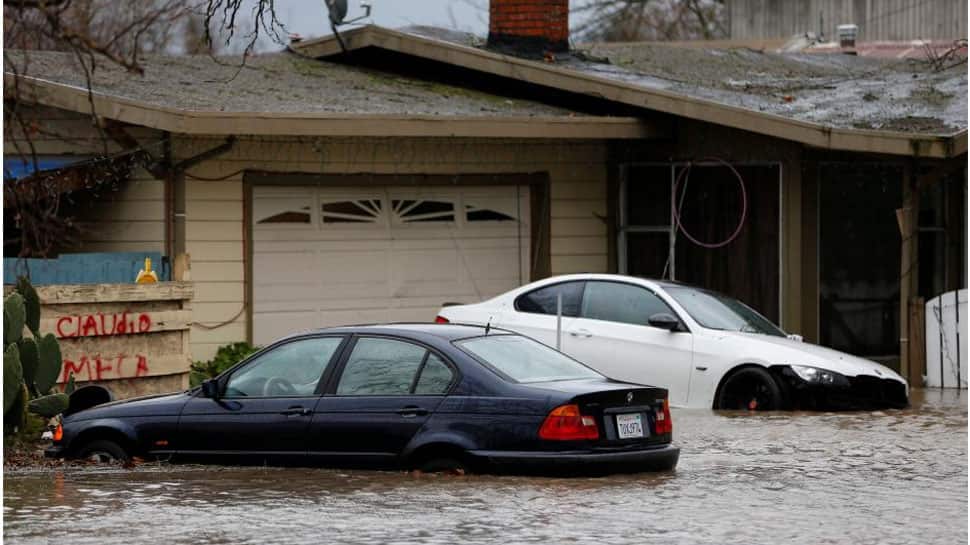 California: Big Pacific storms are set to dump up to seven feet (2.1 meters) of snow in California`s Sierra Nevada mountains and several inches of rain elsewhere in the state, forcing evacuations in areas at risk to mudslides. The first storm moved over Southern California on Tuesday, with rainfall of up to 3 inches (7.6 cm) expected in parts of Los Angeles and Ventura Counties and up to 4.5 inches (11.4) in the Santa Monica Mountains, the National Weather Service (NWS) reported.

Police in Los Angeles and Santa Barbara counties ordered evacuations from areas damaged by last year`s wildfires because of the risk heavy rain would trigger mud and debris flows on charred hillsides. Significant road closures and travel delays were possible in the Los Angeles area given risks of flash flooding and rockslides, the NWS reported.

An even bigger storm was brewing out at sea and set to hit the coast on Wednesday, Accuweather reported. Areas north of Santa Barbara were likely to see up to 3 inches (7.6 cm) of rain. As much as seven feet of snow was possible over 6,000 feet (1,829 meters) in the Sierra Nevada mountains.

"The big one is still out in the middle of the Pacific," said AccuWeather meteorologist John Gresiak. "It`s a very powerful storm." The weather is a boon for California`s farmers and ski areas, given most of the state is recovering from years of drought, according to the United States Drought Monitor.

The wild weather is the result of moisture-laden winds from the Pacific known as "atmospheric rivers." The first storm will reach the U.S. Midwest and Northeast on Thursday and Friday, gathering more moisture from the Gulf of Mexico. The second storm will hit the central and eastern United States through the weekend, Gresiak said.