Kamto lost what he says was a fraudulent presidential election in October and was detained late last month after organising a small rally against long-serving President Paul Biya. 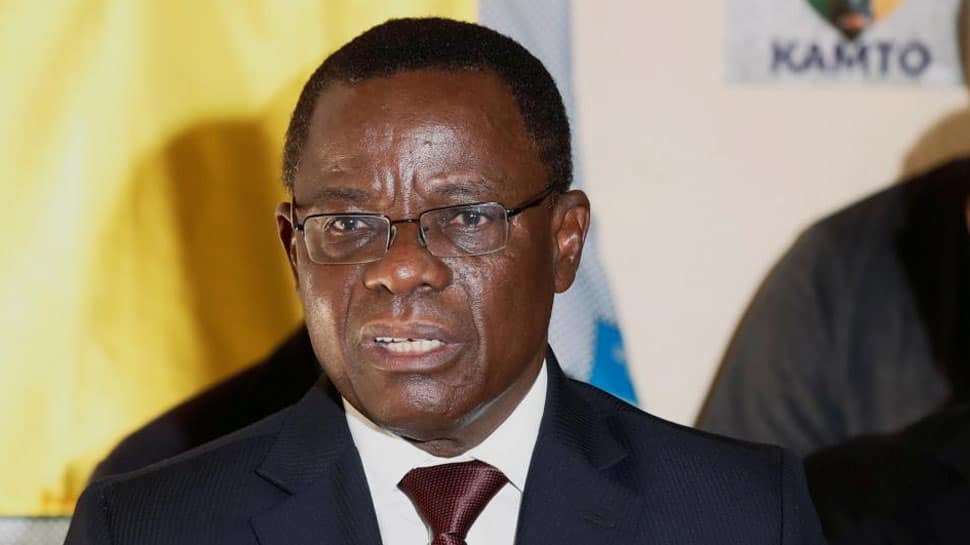 DOUALA: Cameroon`s main opposition leader, Maurice Kamto, has been charged in a military court with rebellion and seven other offences, indictments that could carry the death penalty, his lawyers said on Wednesday.

Kamto lost what he says was a fraudulent presidential election in October and was detained late last month after organising a small rally against long-serving President Paul Biya. Security services broke up that rally with live fire, shooting and wounding six people, and have put down other rare anti-Biya protests across the country, including the main commercial city Douala and the capital Yaounde, since the vote.

There was no immediate comment from Kamto`s party and supporters whether the charges made against him on Tuesday would trigger more demonstrations. "The investigating judges charged Maurice Kamto at the military tribunal," his lawyer Christopher Ndong told Reuters. "This is not a judicial matter. This is politics."

Another of his lawyers, Emmanuel Simh, told Reuters the charges he faces include: "hostility against the homeland, incitement to insurrection, offence against the president of the republic, destruction of public buildings and goods."

Twenty-two members of his Cameroon Renaissance Movement (MRC) are also on trial for the same charges, lawyers said. Cameroon authorities could not immediately be reached for comment. Rights groups have accused Biya, 85, of silencing opposition voices throughout his 36-years ruling the central African cocoa and oil exporter - charges he denies.

Unrest has historically been rare in Cameroon, and when it happens it tends to be quelled with overwhelming force. Protests erupted in its troubled western Anglophone region more than two years ago, and after they were repressed they morphed into a low level rebellion.

The United States this month said it would withhold some military aid over allegations of human rights violations, but in the same week France said its defence cooperation with Cameroon would continue.