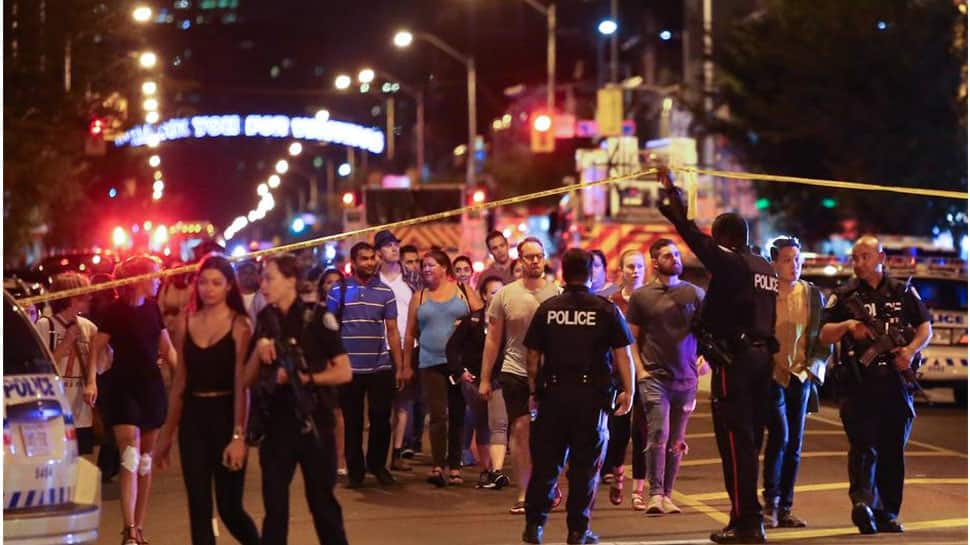 TORONTO: The Canadian police said on Friday they had charged a minor with terror-related offences in connection with a pair of national security raids in Kingston, Ontario Thursday night. Two people were arrested late Thursday after the raids. One, a minor, has been charged with knowingly facilitating terrorism and counselling a person to place a bomb "or other lethal device" in public, the Royal Canadian Mounted Police (RCMP) said in a statement.

A bomb was never placed, police said. As a minor, the person cannot be named under Canadian law. The second person was identified by his older sister, who spoke with Reuters, as 20-year-old Hussam Eddin Alzahabi. He has since been released with no charges, police confirmed Friday afternoon.

The investigation originated from a Federal Bureau of Investigation tip in December and involved multiple agencies, RCMP officers said during a press conference.

"It was a substantial and credible attack plot, however there was no indication of where that attack was going to take place" and there was never any imminent danger to the public, RCMP officer Peter Lambertucci told reporters.

He said officers conducting the Thursday night arrests detonated "an element ... believed to be an explosive substance." "We are confident that there is no risk to public safety and there are no trace elements remaining," Lambertucci said.

Police burst into her family`s house Thursday night and placed guns to her parents` heads, 21-year-old Rose Alzahabi told Reuters. "They got into the house in a really violent way," she said, adding that they wouldn`t let her mother wear her hijab.

She said a man not known to the family had recently met her brother and his friend, approaching them near their high school and inviting them to do some computer programming for him. The man started coming to her family`s home and asking "absurd" questions about how many rooms they had and whether he could see them, she said.

In an interview with CBC following the arrests, Alzahabi`s father Amin Alzahabi protested his son`s innocence. The family, originally from Syria, came to Canada as privately sponsored refugees, according to a pastor at one of the churches who sponsored them.

Bronek Korczynski, a church member who sponsored the Alzahabi family, said he worries about the way the arrests will shape perceptions of Muslims and refugees in Canada. "That is a fear, because that’s the kind of ill-informed knee-jerk reaction that puts any group in potential harm’s way. ... This is hypothetically about two individuals who may or may not have made a bad decision.”

Public Safety Minister Ralph Goodale said the country`s official threat level would remain unchanged at "medium," where it has been since 2014. Goodale told reporters Friday afternoon it was too early to say whether the alleged plot was connected to others elsewhere in the world and cautioned against making assumptions.

"Rather than leaping to conclusions, let the police do their job, let`s get the facts on the table," he told a news conference in Edmonton, Alberta. Kingston is a small city east of Toronto, home to a major university and several prisons.

Rose Alzahabi was happy her brother was released, but she wasn`t surprised. "I was actually laughing the whole time because I know my brother did nothing: he would freak out if he saw someone playing with a knife," she said. "He has a baby face; he would never hurt anyone."