Blair won three elections for Labour by hauling it towards a business-friendly centrist platform and was premier from 1997 to 2007. But he lost favour in part by sending British forces to back US President George W. Bush`s invasion of Iraq in 2003. 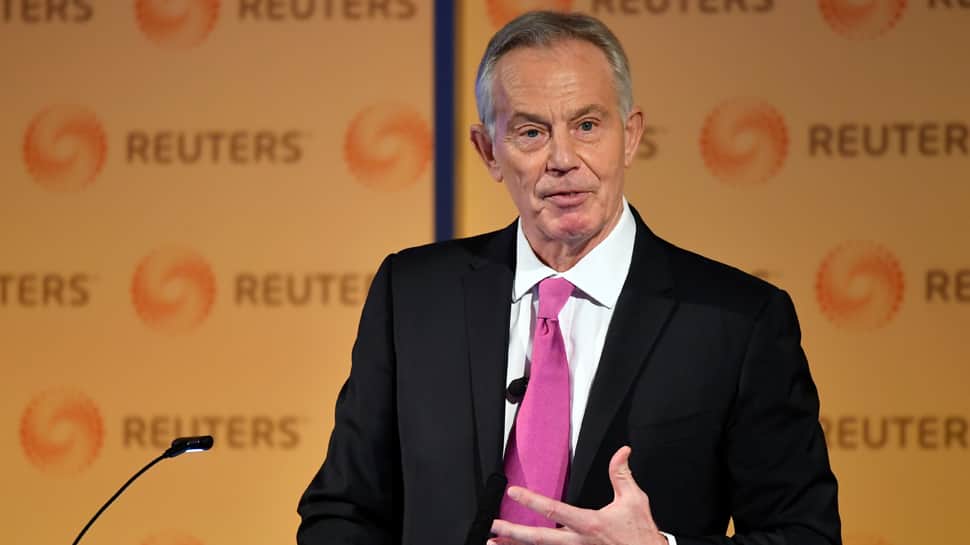 LONDON: Former British prime minister Tony Blair, Labour`s most successful leader, on Wednesday urged the party to rebuild from electoral humiliation by rejecting the "protest movement with cult trimmings" created by outgoing leader Jeremy Corbyn. Thursday`s defeat was Labour`s worst since 1935, and a battle for control is now underway between moderates and Corbyn`s hard-left allies.

Blair won three elections for Labour by hauling it towards a business-friendly centrist platform and was premier from 1997 to 2007. But he lost favour in part by sending British forces to back US President George W. Bush`s invasion of Iraq in 2003. Corbyn`s supporters say Blair both betrayed the working classes and undermined faith in politicians, and "Blairism" remains badly tarnished, both inside and outside Labour.

After Prime Minister Boris Johnson`s party swept up long-standing Labour constituencies in working-class areas of northern and central England, including Blair`s old seat, the ex-premier said few would now bet against another decade of Conservative rule. "The takeover of the Labour Party by the far left turned it into a glorified protest movement with cult trimmings, utterly incapable of being a credible government," Blair said. "The result has brought shame on us."

Labour won just 203 seats, down 59, and saw its vote fall by 7.8 percentage points to 32.2%, while the Conservatives won 365 seats, up 47, on 43.6% of the vote. Corbyn is standing down in the new year and prominent Labour lawmakers including Brexit spokesman Keir Starmer are considering running to replace him as the leader.

Blair said Labour must now "renew itself as the serious, progressive, non-Conservative competitor for power in British politics, or retreat from such an ambition, in which case over time it will be replaced". He said Corbyn had personified "an idea, a brand, of quasi-revolutionary socialism, mixing far-left economic policy with deep hostility to Western foreign policy", and that voters had found his "combination of misguided ideology and terminal ineptitude" insulting.

"To win power we need self-discipline, not self-indulgence," he said. Corbyn had promised a radical socialist programme of higher public spending, sweeping nationalisation and taxes on the wealthy. Blair said this "wish list" would have caused chaos if implemented. "Any fool can promise everything for free but the people weren`t fooled," he said. "They know life isn`t like that."

Blair also said that Corbyn`s complicated and equivocal stance on leaving the EU - while Johnson endlessly promised to "Get Brexit done" - had displeased both opponents and advocates of Brexit. Always ambiguous on EU membership, Corbyn promised voters a second EU referendum, in which he would remain neutral. "We pursued a path of almost comic indecision, alienated both sides of the debate," Blair said. "The absence of leadership on what was obviously the biggest question facing the country then reinforced all the other doubts about Jeremy Corbyn."

Will take back any Bangladeshi citizen if India can prove it: Sheikh Hasina's advisor Gowher Rizvi