The actual number for defence spending will be released on Sunday, when China`s largely rubber-stamp Parliament begins its annual session. 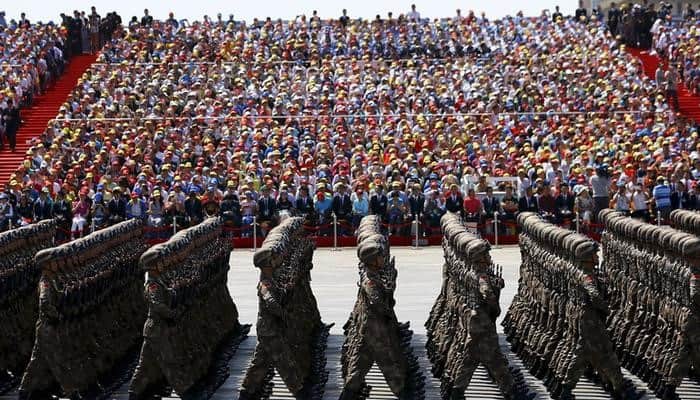 Beijing: China`s defence budget will rise about 7 percent this year, the spokeswoman for China`s Parliament said on Saturday, its slowest pace since 2010 and the second year in a row it will not log a double-digit percentage increase.

The actual number for defence spending will be released on Sunday, when China`s largely rubber-stamp Parliament begins its annual session.

China`s annual economic growth target is expected to be lowered to around 6.5 percent from last year`s 6.5-7 percent when Premier Li Keqiang gives his work report to Parliament.

China`s military build-up has rattled nerves around the region, particularly because China has taken an increasingly assertive stance in its territorial disputes in the East and South China Seas.

The defence budget figure for last year, 954.35 billion yuan ($138.40 billion), likely understates its investment, according to diplomats, though the number is closely watched around the region and in Washington for clues to China`s intentions.

The White House proposed a 10 percent increase in military spending to $603 billion, which comes as the United States has wound down major wars in Iraq and Afghanistan and remains the world`s strongest military power.