The National Day parade took place at Tiananmen Square in front of President Xi Jingping, senior officials of the government, selected members of the public and 188 military attaches from 97 countries. 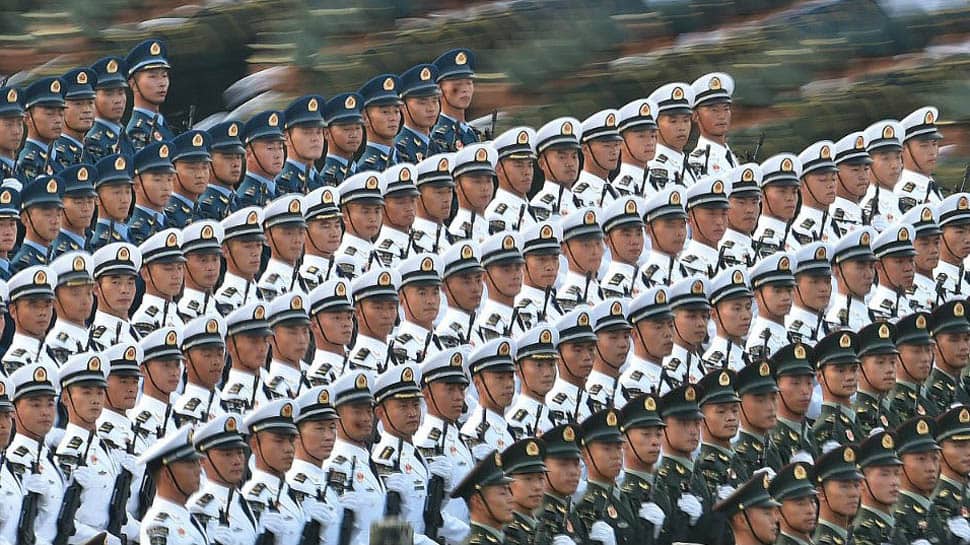 China celebrated 70 years of communist party rule with a huge National Day parade in Beijing on Tuesday. The National Day parade took place at Tiananmen Square in front of President Xi Jingping, senior officials of the government, selected members of the public and 188 military attaches from 97 countries.

"It was today, 70 years ago, that Chairman Mao stood at this very place and announced solemnly to the world, the founding of the People's Republic of China, which marks the end of more than 100 years of humiliation and misery that the country had suffered since modern times," said President Xi in his opening National Day address. The Chinese president added that his country's sovereignty will not be challenged and “no force can contain” the nation’s rise.

According to Chinese Ministry of National Defence, 15,000 military personnel will take part in the military parade, which includes 59 different elements of the military. It is expected that China would use the parade to unveil several powerful new weapons including a hypersonic drone and an intercontinental ballistic missile. The Chinese military will also showcase more than 160 aircraft and 580 pieces of domestically manufactured equipment during the parade. It is learnt that 40% of the weapons unveiled during the military parade have never been revealed in public.

China's National Day military parade in numbers:
-59 phalanxes/echelons
-15,000 officers and soldiers
-more than 160 aircraft and 580 pieces of equipment -All equipment exhibited are domestically manufactured
-40% of which have never been revealed in public#China70years pic.twitter.com/oXXR0psFM4

The ceremony started with a giant Chinese flag being raised as the Chinese national anthem plays. President Xi was seen singing the national anthem along with a huge crowd of people in yellow and military uniform. National Day is celebrated annually in China to mark the establishment of the People`s Republic of China on October 1, 1949.