Despite the airport reopening, Hong Kong flag carrier Cathay Pacific said it had cancelled over 200 flights to and out of the airport on Tuesday. 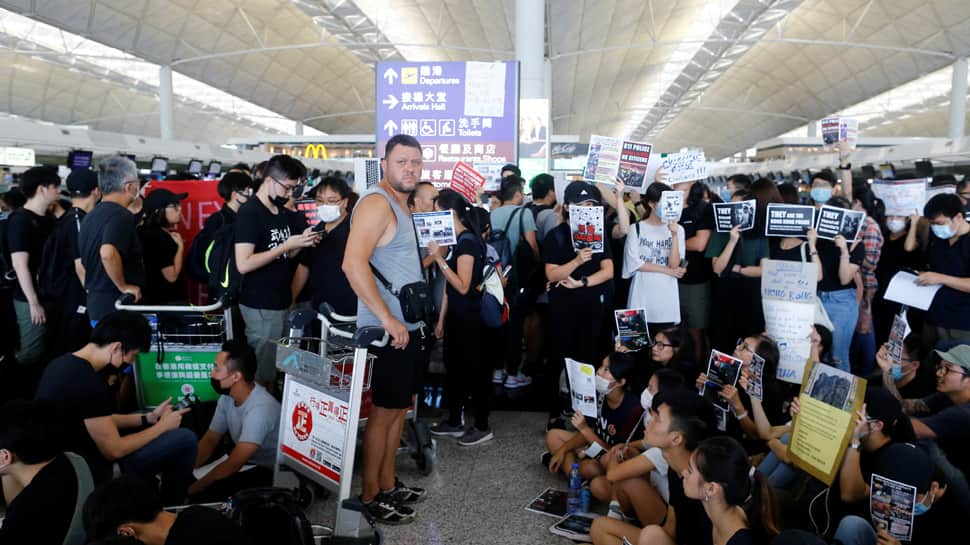 Hong Kong's airport reopened on Tuesday but its administrator warned that flight movements would still be affected, after China said protests that have swept the city over the past two months had begun to show "sprouts of terrorism".

Despite the airport reopening, Hong Kong flag carrier Cathay Pacific said it had cancelled over 200 flights to and out of the airport on Tuesday, according to its website.

The airport, one of the world's busiest, blamed demonstrators for halting flights on Monday, but the exact trigger for the closure was not clear as protesters occupying the arrivals hall for the past five days have been peaceful.

Most protesters had left the airport shortly after midnight, with about 50 protesters still there on Tuesday morning.

Cathay Pacific said it would only operate a limited number of flights for connecting passengers. Airport flight boards showed the likes of Emirates Airline and Virgin Australia had flights scheduled to depart on Tuesday.

China on Monday said protests in the Asian financial hub, which started as opposition to a now suspended extradition bill to mainland China but expanded into wider calls for democracy, had reached a "critical juncture".

Some Hong Kong legal experts say the official description of terrorism could lead to the use of anti-terror laws.

Protesters say police have used excessive force, firing tear gas and bean bag pellets at close range, and are calling for an independent inquiry into the crisis.

The increasingly violent demonstrations have plunged the Chinese-ruled territory into its most serious crisis in decades, presenting Chinese leader Xi Jinping with one of his biggest challenges since he came to power in 2012.

Demonstrators say they are fighting the erosion of the "one country, two systems" arrangement enshrining some autonomy for Hong Kong when China took it back from Britain in 1997.

Hong Kong is the 8th busiest by passenger traffic, handling 73 million passengers a year. The airport has been filled with anti-government protesters for four days.

A Reuters reporter saw more than 100 travellers queuing up at Cathay's ticketing counter early on Tuesday.

"The way to handle last night was chaotic," said Kate Flannery from Australia, who was travelling to Paris. "The airport authority didn't deal with the situation. I felt like I was walking around and nobody gave us information."

A Cathay customer officer at the airport, who declined to provide his name, said that nearly all of the airline's flights were full.

"It is possible that the airport authority will cancel more flights as they need to control the air traffic movements at the Hong Kong International Airport," he said.