While the entire world is clamoring for nations not to fund the militant government in Kabul until the Taliban curbs its hardline religious policies, only China has come out and offered support to the terrorist organization. 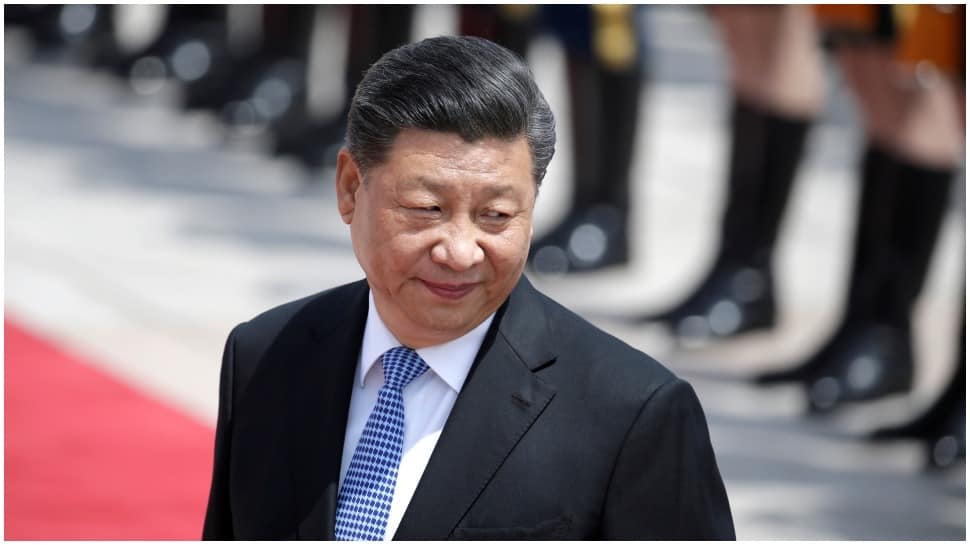 New Delhi: With the recent and sudden withdrawal of US troops from Afghanistan, the Taliban have managed to completely take over the country after overwhelming the Afghan Security Forces. Other than a sporadic and hasty resistance being put up in the Panjshir valley, the entire county is under the administrative control of this feared terrorist organization.

Governing and running a country is very different from operating a terrorist organization, and not only do the Taliban lack the experience to run a whole nation, but they are also lacking in funds that will be required to rebuild the war-torn country after decades of brutal civil war.

The Taliban will also require funds to pay its fighters and future bureaucrats and this is one of the first major problems facing the terrorist organization.

Afghanistan’s illicit drug trade may have been able to support the Taliban in the last few years but the Taliban are desperately searching for new forms of finance to sustain their rule.

Owing to its reputation as a brutal terrorist organization many international institutions to which countries would normally look for financial aid have refused the Taliban, like the International Monetary Fund.

In addition, many western countries that have for years suffered under Islamic terrorism are not likely to even acknowledge the Taliban government, much less agree to send it aid.

The Taliban can look towards some of its closer neighbours like Iran and Pakistan, which have in the past been allies but both countries do not have the financial resources to assist the Taliban.

It is with this background that that one nation has announced that it is willing to lend financial support to the Taliban and also provide it legitimacy by acknowledging the Taliban government.

The only means of financial support left for the Taliban is China. China has announced that it is more than happy to assist the Taliban as it tries to govern and tries to rebuild Afghanistan.

On 23rd August China stated that it wished to play a “positive role” in Afghanistan. While the entire world is clamouring for nations not to fund the militant government in Kabul until the Taliban curbs its hardline religious policies, only China has come out and offered support to the terrorist organization.

China has also come out to state that it intends to cooperate with Iran towards the reconstruction of their mutual neighbour, Afghanistan.

In a meeting between China’s foreign minister Wang Yi and newly appointed Iranian Foreign Minister Hossein Amir Abdollahian, both countries blamed the US for the current predicament of Afghanistan.

China has also added that it wished to play a constructive role in the reconstruction of Afghanistan. China has been wary of establishing ties with Iran, only in March this year did China elevate their relationship with Tehran to a “comprehensive strategic partnership”.

The two countries also came together to announce a 25-year agreement that incorporates several planned projects. Iran has grown much closer to China and has expressed its desire to expand ties with Beijing in all fields, and the result of this deepening friendship can be seen in the willingness of China and Iran to cooperate to provide aid to the Taliban.

The Taliban have also been highly receptive to China’s assistance. Taliban spokesman Zabihullah Mujahid has openly admitted that the Taliban hope to primarily rely on funds from China to maintain their operations and activities.

The Taliban spokesperson also stated that “China is our most important partner and represents a fundamental and extraordinary opportunity for us because it is ready to invest and rebuild our country,”.

But why will China be willing to invest in the Taliban The answer is that there are multiple reasons and multiple benefits that China has to gain from a presence in Afghanistan and filling the void that the US and other western countries left.

Firstly, the Afghan market is infinitesimally insignificant in China. Instead, China wishes to acquire rights to a large number of natural resources and rare Earth minerals in Afghanistan.

China’s intention in this regard is made even clearer by a statement made by Taliban spokesperson regarding how thanks to the Chinese, Afghanistan will be able to back into operation “rich copper mines” that had been closed off previously.

Another advantage of the Chinese presence in Afghanistan is that China will be able to increase its global influence by expanding its Belt and Road Initiative into Afghanistan.

The China Pakistan Economic Corridor alone is worth $62 billion and China plans to extend the corridor into Afghanistan to gain access to Central Asia.

Another part of China’s plan is to use its newfound closeness with Iran and establish transport routes and an oil pipeline from Iran via Afghanistan. Going through Afghanistan rather than other Central Asian countries presents a clear advantage for Beijing as several Central Asian countries are in Russia’s backyard and are developing relations with the US, Europe, even India.

Afghanistan provides a direct link to Iran without having to go through several countries.

Afghanistan also has several key political advantages for China that make the political goals as important as the economic goals. First, China’s help to the Taliban most likely depends on the clause that the two countries do not interfere in each other’s internal affairs.

For China, this means that the Taliban will not use Afghanistan soil to export terror and extremists into China and will also turn a blind eye towards the genocide of Uyghur Muslims being committed in China’s Xinjiang region.

For the Taliban, it means that China will overlook all of the group’s horrendous human rights abuses unless it involves Chinese citizens or interferes with Chinese interests.

In this way, the Taliban is China’s perfect partner- dysfunctional and dependent on China, and at the same time happy with whatever assistance China can provide.

In addition, China’s engagement with the Taliban can also serve as an example of how China supports foreign regimes, with few questions asked as long as China’s interests are looked after.

Chinese presence in Afghanistan comes with great economic and political benefits for Beijing. The Chinese were courting the Taliban back in June, even before they had taken over the country.

Beijing, while it claims to respect the rights of the Afghan people, seems to have no qualms about supporting a well-known Islamic terrorist organization as long as its interests are met.

On top of that, China has been fighting supposed Islamic terrorism and separatist forces in Xinjiang but still was eager to join forces with an Islamic extremist organization.