The seven-plane formation has led western military experts to believe that China is deploying the J-20s at a much faster rate and may have several more 5th Generation fighters in its arsenal than expected. 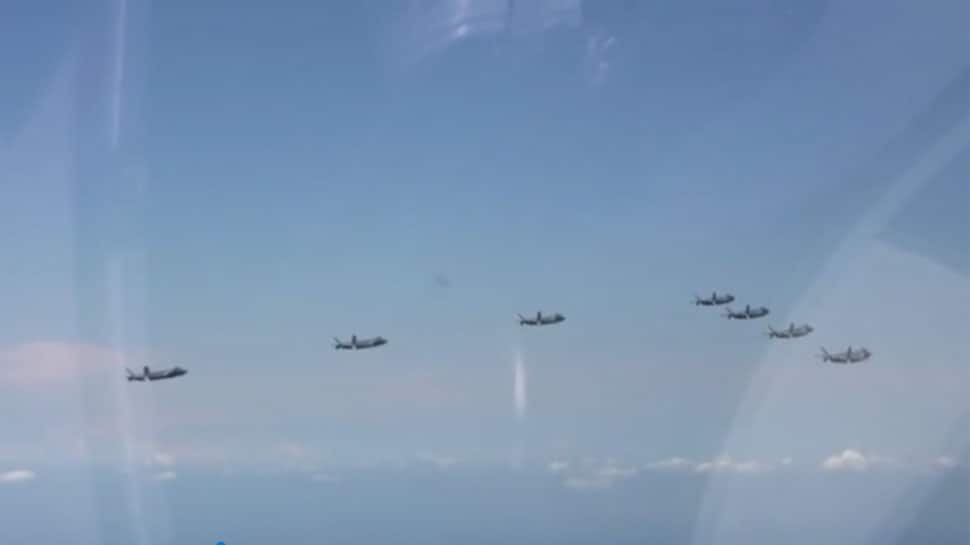 A video grab of the seven Chengdu J-20 stealth fighters.
Share:
Written By:

According to Global Times, the video was aired on the occasion of a practice flight for China's 74th anniversary of the victory against Japan in 1945. Till the video surfaced, the J-20s, which joined the PLAAF in 2017, were seen flying in either pairs or groups of three only. The seven-plane formation has led western military experts to believe that China is deploying the J-20s at a much faster rate and may have several more 5th Generation fighters in its arsenal than expected.

​"To truly achieve peace, defending our homeland is not enough. We must not only defend but attack," Chengdu's J-20 designer Yang Wei is seen speaking in the video according to Global Times. While the PLAAF has been extremely secretive about the J-20, the South China Morning Post news portal claims that at least 20 J-20 combat aircraft have been manufactured till August 2019. The video is seen as a statement by China that the J-20 is ready to face the adversary.

China claims that J-20 is at par with the F-22 Raptor and F-35 Lightning II, the two 5th Generation stealth fighters built by the United States of America. Chengdu is also developing a naval version of J-20 to operate from China's aircraft carriers.

The video has come at a time when the USA has been selling the F-35 Lightning II, its latest and most potent 5th Generation stealth jet, to Japan and South Korea. Taiwan, which China considers as a rebel province, too has received 66 F-16V Vipers from the USA. The PLAAF had in February 2018 announced that the J-20 jet had joined active duty.