Gail Bradbrook, one of the founders of the group that is half way through two weeks of actions around the world, climbed onto the top of the entrance of the transport ministry to protest at a high-speed rail project known as HS2. 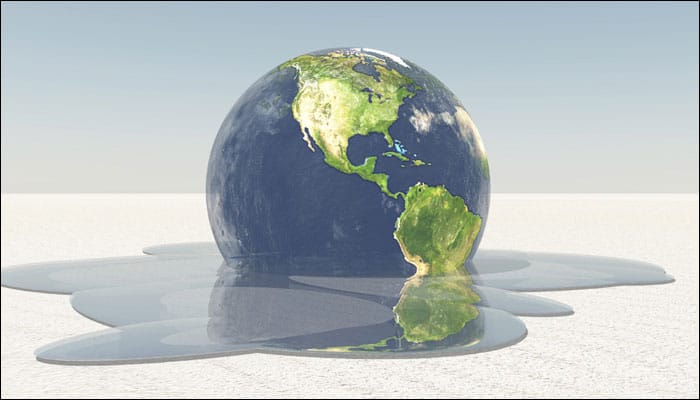 LONDON: Climate change activists, including one of the founders of Extinction Rebellion, defied a police order to end protests on Tuesday after a week of disruption in London, targeting Britain`s transport ministry and security agency MI5.

Gail Bradbrook, one of the founders of the group that is half way through two weeks of actions around the world, climbed onto the top of the entrance of the transport ministry to protest at a high-speed rail project known as HS2.

"This is nature defending herself," Bradbrook said, as civil servants looked on from a gallery inside the building and police cordoned the street. "I`m doing this for your children." Invoking the example of women`s suffrage activist Emmeline Pankhurst, Bradbrook tried to smash one of the ministry`s windows with a hammer and screwdriver before she was brought down by a police climber in a cherry-picker and arrested.

The group, which uses civil disobedience to highlight the risks posed by climate change and the accelerating loss of plant and animal species, has staged a fresh wave of protest actions in cities from Amsterdam to Melbourne since October 7.

In New York, activists glued themselves to a green sailboat parked in Broadway last week to highlight rising sea levels. In Brussels, police used water cannon on Saturday to disperse hundreds of Extinction Rebellion activists gathered in a square.

Police ordered a halt to all of the group`s protests in London on Monday, saying those who did not comply would be arrested. They have already made around 1,500 arrests over the past eight days, including more than 90 at a day of actions in the British capital`s financial district on Monday.
More than 1,400 people have been arrested in 20 cities in other countries, Extinction Rebellion said.

The British government reinforced the police call on it to stop. "While we share people’s concerns about global warming, and respect the right to peaceful protest, it should not disrupt people’s day-to-day lives," a government spokeswoman said.

The activists oppose plans to run the HS2 rail project through ancient woodlands. The ministry says the rail line will slash journey times between central and northern England and the capital and be much more efficient in carbon terms than driving.

The project is billions of pounds over budget and running late and an independent review is considering whether it should go ahead. An activist who tried to lock herself to the ministry said the project would be a "scar across the belly of this land" destroying vital habitats for barn owls, bees and birds.

"Everybody who is not paying attention is numb at the moment. We all use tactics to numb ourselves because this is scary," said the woman, who gave her name as April, before she was taken away in a police van.

Later, police began arresting Extinction Rebellion activists who had assembled to block a road running past the headquarters of the MI5 security service to highlight the risks climate change poses to food security, a Reuters witness said.

"A significant policing operation continues and we will take robust action against anyone engaged in unlawful protests at locations targeted by Extinction Rebellion," London police`s Deputy Assistant Commissioner Laurence Taylor said. Extinction Rebellion said HS2 would damage or destroy 108 ancient woodlands in the largest single act of deforestation in Britain since World War One.

The transport ministry said 7 million new trees and shrubs, including over 40 native species specific to each location will be planted as part of the programme. Supporters say HS2 would give Britain the kind of fast rail services enjoyed by other major countries. Current estimates predict it will cost around 88 billion pounds ($111.5 billion).