"The point of no return is no longer over the horizon. It is in sight and hurtling toward us," Guterres told reporters on Sunday ahead of the COP25 climate conference, which opens in Madrid on Monday. 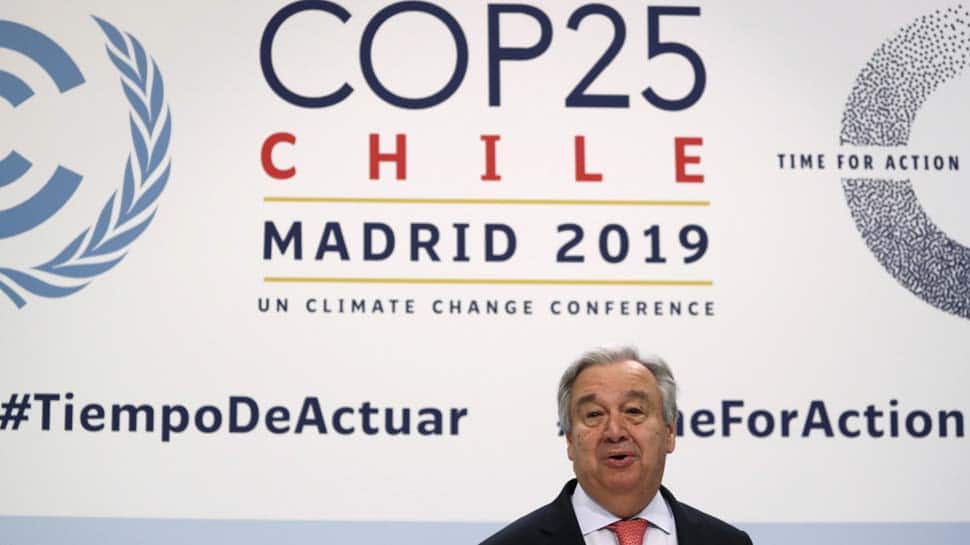 Madrid: The United Nations (UN) Secretary-General has warned that global warming could reach a "point of no return" and that efforts to curb the consequences of the climate crisis so far had been inadequate, Antonio Guterres said ahead of the Climate Summit.

"The point of no return is no longer over the horizon. It is in sight and hurtling toward us," Guterres told reporters on Sunday ahead of the COP25 climate conference, which opens in Madrid on Monday.

Delegations from some 200 countries of the UN Framework Convention on Climate Change, NGOs, representatives from the scientific community and business world and activists will meet in the Spanish capital to finalise rules of the 2015 Paris Agreement, Efe news reported.

"I expect a clear demonstration of increased Climate Action ambition and commitment out of COP25. Leaders of all countries need to show accountability and responsibility. Anything less would be a betrayal of our entire human family and all generations to come," Guterres said.

High on the agenda for the conference is the creation of practical emissions trading and the development of a system to compensate the poorest countries for the consequences of climate change.

Guterres said there may countries guilty of failing to meet commitments laid out in the Paris Agreement, which seeks to the increase of global temperatures well below 2 degrees Celsius, and ideally below 1.5 degrees Celsius.

The UN chief welcomed the fact many states had pledged to go carbon neutral by 2050 but said the world`s largest economies had a particularly important role in meeting that goal. "But we also see clearly that the world`s largest emitters are not pulling their weight. And without them, our goal is unreachable."

COP25 was scheduled to take place in Chile but was moved to Madrid after the Latin American country was engulfed in a social crisis. The 12-day conference will continue until December 13.

19 people killed in gunfight in Mexico