Trump`s former attorney was initially slated to appear in an open hearing before the House Oversight Committee on February 7. 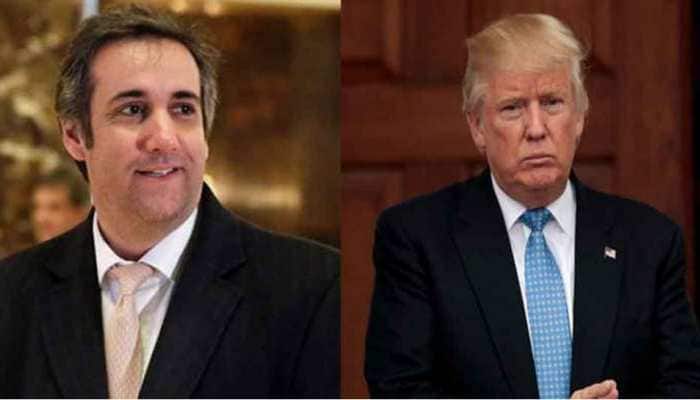 Washington: United States President Donald Trump`s former right-hand and personal lawyer Michael Cohen will reveal "chilling" details about the character of the US President including the Trump`s "bigoted" language during his testification before the House Intelligence Committee in March, said attorney of Cohen Lanny Davis on Tuesday.

"He has no moral character in defrauding people in his businesses, and going bankrupt, and taking cash out, and putting people out of work. He lacks the moral compass that we expect in our presidents. Trump speaks in bigoted words in private, which Michael Cohen will tell you," the Hill quoted Davis as saying.

After several postponements, Cohen is set to testify before congressional panels on March 6. "He (Cohen) needs to tell his personal story to the American people. When I first heard Michael tell me all this, even as much as I knew about Trump that was negative, was chilling," Davis added.

The testimony comes amid reports that Cohen is slated to report to the prison on March 6. Cohen, sentenced for three years in prison, has pleaded guilty to multiple charges in December last year, including campaign finance crimes related to payments made to silence women during the 2016 presidential campaign on Trump`s directives, according to the prosecutors.

Trump`s former attorney was initially slated to appear in an open hearing before the House Oversight Committee on February 7. However, Cohen had announced that he will be postponing the testimony owing to "ongoing threats against his family" from Trump and his attorney, Rudy Giuliani, and was supposed to testify behind closed doors before the Committee on February 8. But even the second date was rescheduled to February 12.