Pakistan-based journalist Naila Inayat tweeted a part of the video in which the minister is seen making the inflammatory remarks. Gandapur`s comments on Kashmir issue comes at a time when Pakistan has been snubbed globally over the matter. 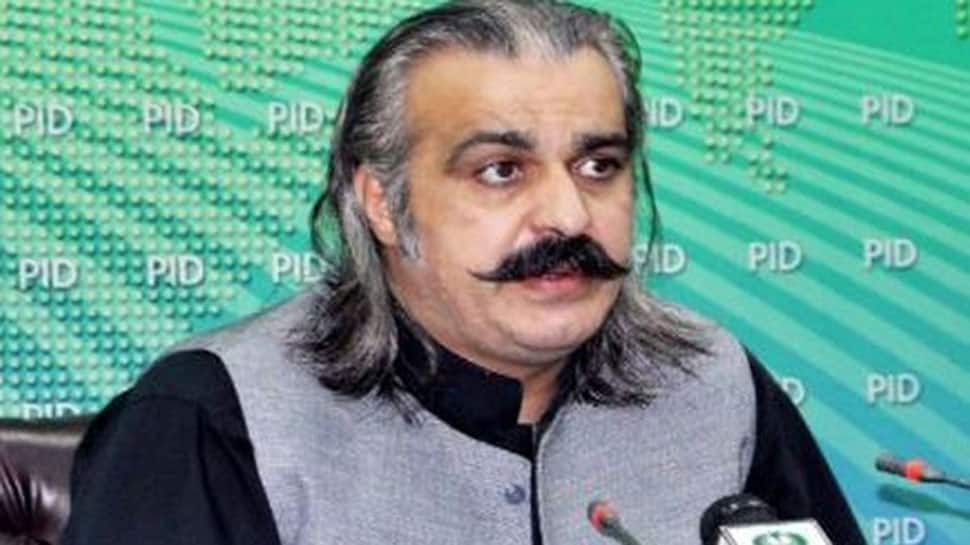 Islamabad: A Pakistan minister has courted controversy by saying that any country that will support India over the Kashmir issue will be hit by a missile by Pakistan and considered as an "enemy" of Islamabad. "If tensions with India rises on Kashmir, Pakistan will be compelled to go to war. Hence, those countries backing India and not Pakistan (over Kashmir) will be considered as our enemy and a missile will be fired at India and those nations supporting it," Minister for Kashmir Affairs and Gilgit Baltistan Ali Amin Gandapur said at an event on Tuesday.

Pakistan-based journalist Naila Inayat tweeted a part of the video in which the minister is seen making the inflammatory remarks. Gandapur`s comments on Kashmir issue comes at a time when Pakistan has been snubbed globally over the matter. Islamabad has unilaterally downgraded bilateral ties after it cried foul over New Delhi`s move to abrogate Article 370 that granted special powers to Jammu and Kashmir.

India has maintained that the decision is its internal matter, a stance which has been supported by several countries, including the SAARC nations and the Arab World. In his maiden address at the UN General Assembly in New York in September, Prime Minister Imran Khan had devoted his 50-minute speech on Kashmir and resorted to anti-India rant. Even at that time, Khan raked up the dire consequences in the event of a nuclear war with India.

"If a conventional war starts between the two countries anything could happen. A country seven times smaller than its neighbour what will it do -- either surrender or fight for its freedom," he had said. "My belief is we will fight and when a nuclear-armed country fights till the end it will consequence far beyond the borders. I am warning you. It`s not a threat but worry about where are we heading. If this goes wrong you hope for the best but prepare for the worst," he had added. The cricketer-turned-politician also admitted that Pakistan has failed in its attempt to internationalise the Kashmir issue, saying he is disappointed with the world community over the matter.