Prime Minister Narendra Modi said that the need of the hour was to fight a “decisive battle against the perpetrators and supporters of terrorism”. 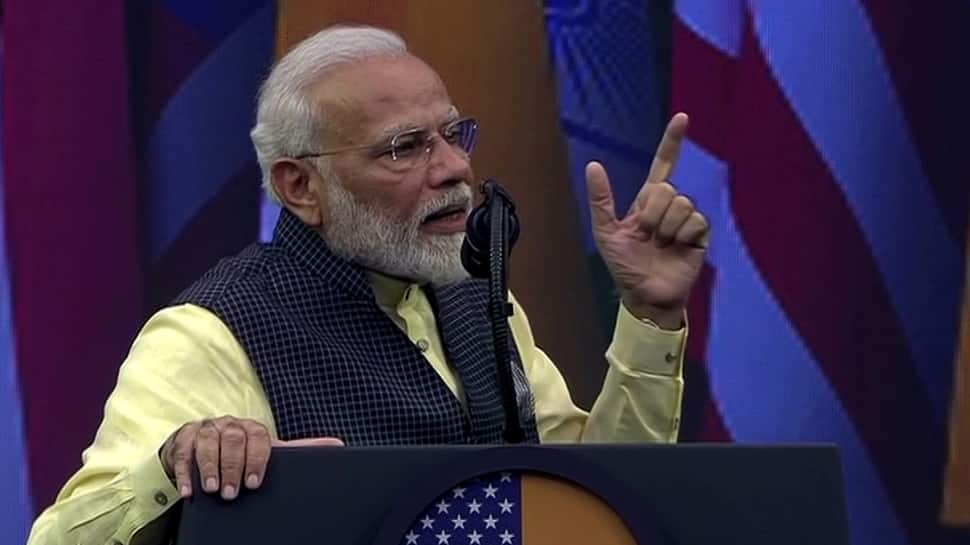 Prime Minister Narendra Modi on Sunday launched a scathing but veiled attack on Pakistan during his speech at the Howdy Modi event, which was attended by sea of Indian Americans besides US President Donald Trump and other lawmakers.

During the course of his speech, Prime Minister Modi referred to both 9/11 as well as 26/11 Mumbai attacks. He suggested that the perpetrators of both the attacks came from Pakistan and the whole world is aware about the fact.

Talking about the menace of terrorism, Prime Minister Modi said, “Whether it is 9/11 in America or 26/11 in Mumbai, where are its conspirators found? The branchild is always found in the same place.”

Modi added that the need of the hour was to fight a “decisive battle against the perpetrators and supporters of terrorism”.

He further hit out at Pakistan over its attempts to counter India’s move to abrogate Article 370, which granted special status to Jammu and Kashmir. Without naming Pakistan, the Prime Minister said that “these people are those who spread terrorism”.

He added, “Their politics is hatred towards India and cultivation of terrorism.”

The Prime Minister further said that "India has given farewell to 70-year-old Article 370, which allowed terrorism and separatism to rear its head in Jammu and Kashmir".

US President Donald Trump, who was a special guest at the grand event in Houston, also vowed to fight against the menace of terrorism.

While addressing the huge gathering, the US President said, "We stand proudly in defence of liberty and we are committed to protecting innocent civilians from the threat of radical Islamic terrorism."