US Treasury Secretary Steven Mnuchin and U.S. Trade Representative Robert Lighthizer met with Vice Premier Liu He and other senior Chinese officials for about seven hours at the USTR`s headquarters near the White House. 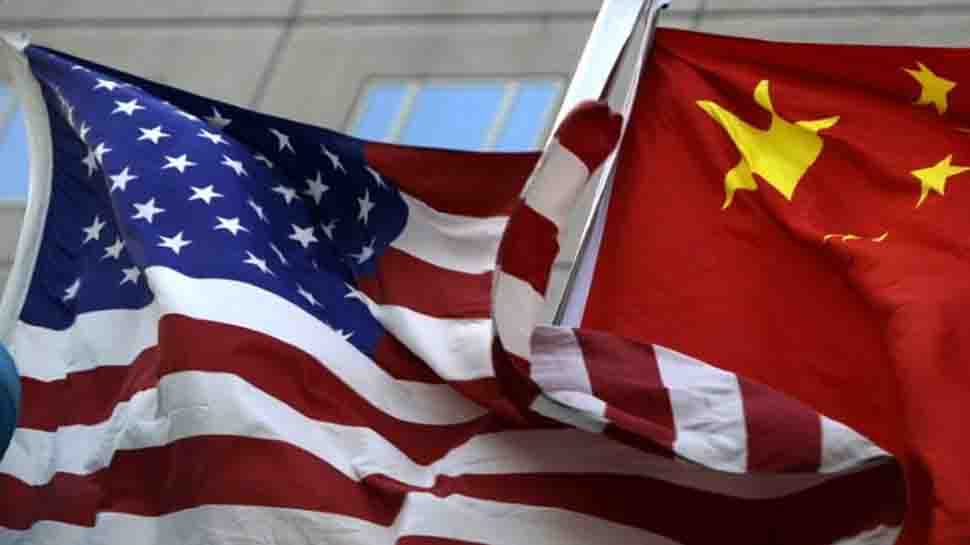 WASHINGTON - Top US and Chinese negotiators wrapped up a first day of trade talks in more than two months on Thursday as business groups expressed optimism the two sides might be able to ease a 15-month trade war and delay a US tariff hike scheduled for next week.

US Treasury Secretary Steven Mnuchin and US Trade Representative Robert Lighthizer met with Vice Premier Liu He and other senior Chinese officials for about seven hours at the USTR`s headquarters near the White House.

"We had a very, very good negotiation with China," US President Donald Trump told reporters after the talks concluded. He reiterated his plans to meet with Liu at the White House on Friday, regarded as a good sign.

A smiling Liu waved to reporters before departing the USTR in a black Cadillac, without answering questions. The two sides were due to meet for a final day on Friday.

Negotiators could agree to low-level "early harvest" agreements on issues such as currencies and copyright protections, despite increased irritants between the world's two largest economies, a US Chamber of Commerce official briefed by both sides said earlier on Thursday.

Myron Brilliant, the Chamber's head of international affairs, told reporters that negotiators were "trying to find a path towards the bigger deal" with progress on market access and less controversial intellectual property and other issues.

"I believe that there's even the possibility of a currency agreement this week. I think that could lead to a decision by the US administration to not put forth a tariff rate hike on Oct. 15."
Trump launched the trade war against China with demands for sweeping structural reforms, but Beijing has indicated it is not willing to fundamentally change the way it controls China's economy.

Asked by reporters on Thursday whether he was prepared to accept a "smaller deal," Trump did not answer and walked away. Previously, the president said he did not want to have a more limited deal, preferring to hold out for one that was broad in scope.

Steady escalations of the tit-for-tat tariffs on Chinese and U.S. goods in recent months have roiled financial markets and stoked fears of a global recession. Stocks rose on optimism that talks would yield at least a partial truce, with the S&P 500 <.SPX> up 0.64% and the Nasdaq <.IXIC> up 0.6%.

The mood surrounding the talks had soured earlier this week when the US government blacklisted 28 Chinese public security bureaus, technology and surveillance firms, including video surveillance gear maker Hikvision <002415.SZ>, over allegations of abuses of Muslim minorities in China.

Washington also restricted visas for certain Chinese officials over the same issue and Beijing was said to be planning to tighten visa restrictions for some US Nationals. But Chinese officials indicated more willingness to negotiate and avoid further escalation, according to Chinese state media reports.

"The Chinese side came with great sincerity, willing to cooperate with the US on the trade balance, market access and investor protection," Xinhua quoted Liu as saying on Thursday.

The US Agriculture Department said on Thursday that private exporters reported a snap sale of 398,000 tonnes of soybeans to China, part of a flurry of purchases the top buyer of the oilseed has made since granting tariff waivers to some importers to buy U.S. soy as a goodwill gesture.

The two sides have been at loggerheads over US demands that China improve protections of American intellectual property, end cyber theft and the forced transfer of technology to Chinese firms, curb industrial subsidies and increase US companies' access to largely closed Chinese markets.

The discussions were not expected to address the most contentious issues in the talks, leaving them for a possible future negotiations.

A currency agreement would likely follow one that was largely agreed in February by Washington and Beijing that would parallel China's prior G20 pledges to avoid currency manipulation to gain a trade advantage, said Craig Allen, president of the US-China Business Council.

"It's time to roll that thing out," said Allen, who also met with Liu on Wednesday. "It would be a positive, and would make it easier for the US side to sign a deal."