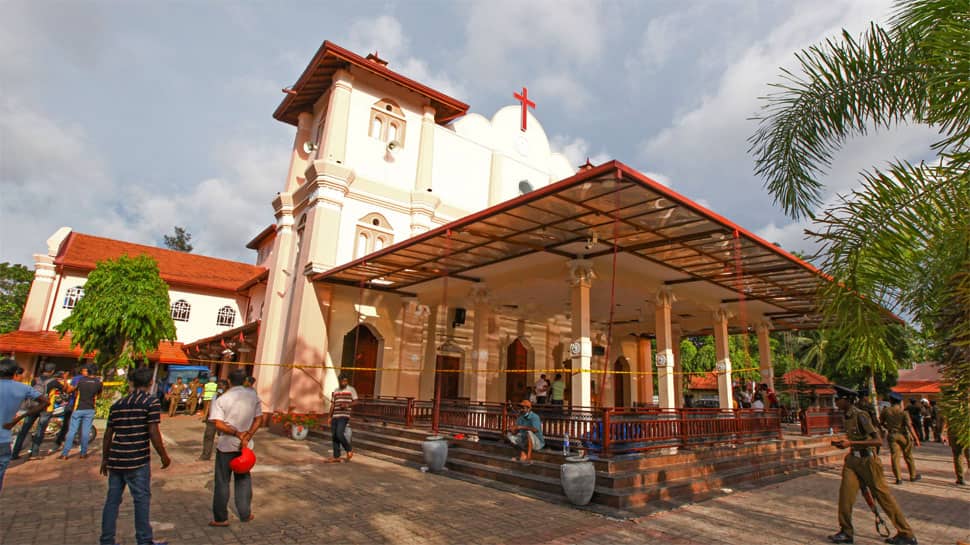 Security personnel stand guard outside a church after a bomb blast in Negombo (Reuters photo)
Share:
Written By:

Colombo: The death toll from Easter Sunday's horrific terror attacks in Sri Lanka is now 310, a police spokesman said Tuesday. Forty suspects have been arrested so far, he added.

Sri Lankan president Maithripala Sirisena gave the military sweeping police powers in the wake of the bombings. A national emergency has been declared in Sri Lanka in the wake of the deadly blasts. Few social media sites have been shut down. Armed security forces are patrolling the largely deserted streets in capital Colombo, even as a curfew went into effect on day 2.

Meanwhile, officials disclosed that intelligence agencies had warned about the attacks by the radical Muslim group weeks ago. The intelligence document, reports Reuters, said a foreign intelligence agency had warned authorities of possible attacks on churches by the National Thawheed Jama`ut group. No group has so far claimed responsibility for the horrific attacks.

Day after the blasts, Sri Lankan police found 87 bomb detonators at the main bus station in Colombo on Monday.

Thirty-one foreign nationals, including eight Indians, were killed in the blasts.

Security in southern states, especially in churches and religious places, has been strengthened following the terrorist. Security has also been stepped up in sensitive locations in major cities like Delhi, Mumbai, Chennai and Bengaluru, and Goa as a precautionary measure.

Seven suicide bombers believed to be members of an Islamist extremist group are suspected behind the horrific blasts. Government's spokesman Rajitha Senaratne said local Islamist extremist group called the National Tawheed Jamath (NTJ) is suspected of plotting the blasts that struck three churches when the Easter Sunday mass were in progress and three five-star hotels.

"All suicide bombers involved in the blasts are believed to be Sri Lankan nationals," said Senaratne, who is also the Health Minister.