Debts pile up as rival Libyan governments struggle for power

The eastern government`s finance ministry has been selling the debt to a parallel central bank in the east and the proceeds of the sales are used to pay eastern state employees via local banks. 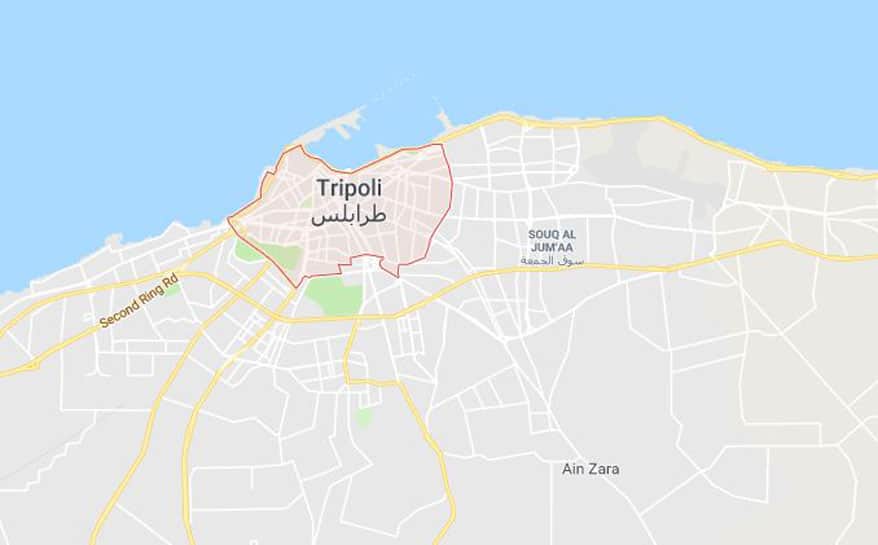 BENGHAZI, Libya: Libya's parallel government in the east has sold bonds worth more than $23 billion to fund its wage bill, bypassing the central bank in Tripoli and creating a potential financial black hole if the country reunifies, bankers and diplomats said.

The eastern government`s finance ministry has been selling the debt to a parallel central bank in the east and the proceeds of the sales are used to pay eastern state employees via local banks, in large part using dinars printed in Russia.

The debt has been piling up since 2014, when the country split into two administrations - one in Tripoli and the other in the east - as a result of the power struggle that followed the fall of Muammar Gaddafi in 2011.

The eastern government is backed by Khalifa Haftar, a general whose Libyan National Army (LNA) controls the east and has been deployed in the south since January, taking control of oilfields. The recent success of the LNA has led its supporters to urge Haftar to order his troops north to take Tripoli.

The United Nations has been trying to overcome Libya`s divisions but the rival camps have dug in, with the east setting up its own government ministries and oil company.

In Tripoli, the U.N.-backed authorities and central bank control an annual budget worth 40 billion dinars ($29 billion), but they only partly fund the east, mainly paying wages of public employees hired before 2014.

But since then, the east has hired thousands of soldiers as well as public servants to staff its new ministries.

To cover the wage bill and fund its army, which has just fought a three-year battle for control of Benghazi, the east has raised 32 billion dinars ($23 billion) since 2014 via bonds, bypassing Tripoli.

This year, bonds worth around 7 billion dinars will be issued, eastern central bank governor Ali Salim al-Hibri told Reuters in an interview in Benghazi.
In order to charge annual interest of 3 percent on the bonds, the east suspended a general ban on such payments under Islamic law.

As the east is suffering a shortage of banknotes, its central bank has had 10 billion dinars printed in Russia - cash that has been used to pay wages and interest on the bonds, diplomats say.

The bonds are sold by the eastern finance ministry to its own central bank branch, now installed in a new building in Benghazi.

Inside, most desks have no computers or telephones, while some offices are empty as staff have little to do. Libya`s oil revenues and foreign reserves worth $80 billion are managed by the Tripoli central bank.

But there is little concern in Benghazi about how the eastern bonds will be paid back.

"The law allows me to delay payment of the principal for 15 years," Hibri said. "So there is no problem."

Diplomats are less relaxed, describing the bonds as a liability that Libya will have to cover once the two governments and banks unify under an eventual political deal.

Both central banks will be audited this year, part of a U.N. peace plan to unify the two branches.

"The east has sold bonds they don`t plan to settle. How do you value them in a future deal, at face value or less?" asked one Western diplomat.

He said trouble loomed for state banks that are paying public salaries as the central bank has used part of their deposits to pay interest on the bonds. They might struggle to pay private depositors, entrepreneurs say.

Hibri said he is considering starting a secondary bond market to raise 10 billion dinars from citizens and state bodies in the east, such as social insurance funds and banks.

The east has been spending 400 million dinars every month for public salaries and basic services, said Hibri.

On top of this comes up to 245 million dinars for the salaries of the Libyan National Army, which claims to have tens of thousands of soldiers. Diplomats say part of that money is used to buy equipment.

Military spending is set to increase since the LNA launched a southern offensive in January. Hibri said his bank had sent 82 million dinars in cash to supply banks in the main southern city of Sabha.

In a small reprieve for the east, Tripoli as agreed to public pay salaries from 2018 worth 177 million dinars a month, Hibri said.

The eastern debt comes on top of an estimated 65 billion dinars that the Tripoli authorities have piled up since 2014, turning to the central bank there to fund a welfare state and expensive public services.

This debt is covered by interest-free quasi loans from local banks to the central bank. Tripoli has also been printing money, this time in Britain.
Husni Bey, a prominent business leader, said borrowing in both west and east had added to the national debt, increased inflation and put local banks at risk.

Like the east, the Tripoli administration has been hiring since 2014, putting members of armed groups on the payroll in a vain attempt to buy loyalty.
University graduates have also been added, swelling the number of public servants in Libya to 1.8 million from little over one million in 2010, diplomats say.

There is little room for development as the budget is almost entirely spent on wages, fuel subsidies, funds for the state oil firm NOC and benefits such as medical treatment abroad.

As a result, Libya has launched no major infrastructure plan since 2011, leaving roads and hospitals in poor shape.

With no budget, most state bodies, especially in the east, do little real work. NOC east employs about 500 people in a Benghazi building but managers admit they have nothing to do as oil exports are handled by Tripoli.

"We are ready to work but we are waiting for orders," said a bored-looking senior manager, sitting in a spacious office with an almost empty desk and a phone that never rings.

Worse, there is almost no budget to rebuild Benghazi and Derna, two eastern cities where whole districts were destroyed by fighting.

It will cost 50 billion euros to rebuild Benghazi alone, said Osama al-Kaza, head of a reconstruction committee, showing a video of a futuristic city design with trams and artificial lakes.

"We only have a budget of 500 million dinars to restore basic services," he said. "But the city is destroyed."