Eleven of Trump`s fellow Republicans joined Democrats to vote 57-42 in favor of a motion to proceed to the resolution of disapproval. 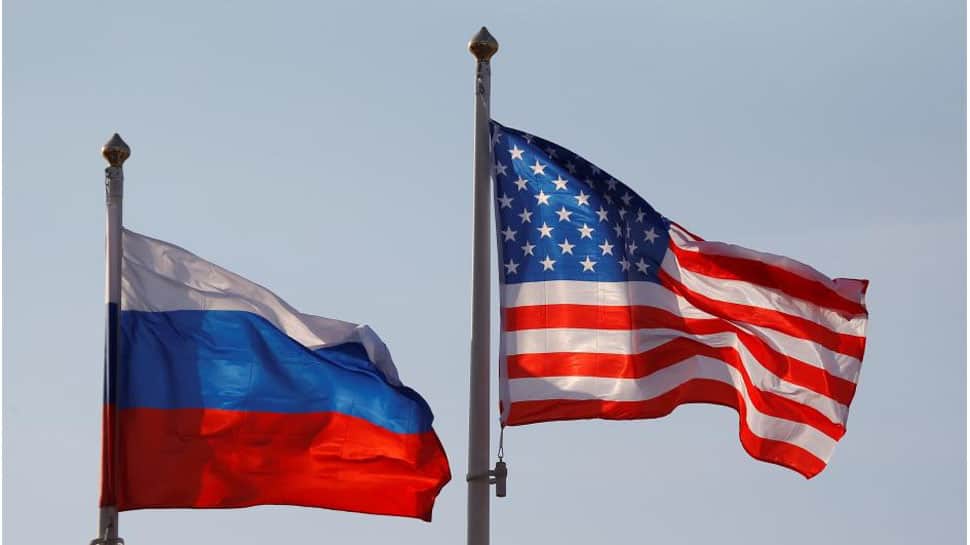 WASHINGTON: The Republican-led US Senate voted on Tuesday to advance a resolution disapproving of a Trump administration plan to ease sanctions on Russian companies tied to Russian oligarch Oleg Deripaska, clearing the way for debate and a vote on the plan.

The result marked a rare break from President Donald Trump. Eleven of Trump`s fellow Republicans joined Democrats to vote 57-42 in favor of a motion to proceed to the resolution of disapproval.

But the measure faces an uphill struggle. To take effect and block the plan to lift the sanctions, it must pass the Senate, where Republicans hold a 53-47 majority, as well as the House of Representatives, controlled by Democrats. It would also have to survive a potential veto by Trump.

The Senate voted shortly after Treasury Secretary Steven Mnuchin came to the Capitol to urge Republicans to oppose the Democratic-backed resolution of disapproval. But several said they wanted more time to consider the move to ease sanctions on Russia before making a final decision on its fate.

The Treasury Department said in December it would lift sanctions imposed in April on the core businesses of Deripaska, including aluminum company Rusal <0486.HK>, its parent, En+, and power firm EuroSibEnergo, watering down the toughest penalties imposed on Russian entities since Moscow`s 2014 annexation of Crimea from Ukraine.

Deripaska himself would remain subject to US sanctions. Treasury said Deripaska had agreed to cut his stakes so that he no longer had a controlling interest in the companies. The decision came after a concerted lobbying campaign by European countries, concerned about jobs and aluminum prices.

Rusal is the world`s largest aluminum producer outside China. The sanctions on the company spurred demand for Chinese metal. China`s aluminum exports jumped to a record high in 2018. Representative Steny Hoyer, the No. 2 Democrat in the House, introduced a similar resolution of disapproval in that chamber on Tuesday.

"Mr. Deripaska has been key to much of the malign activities Russia directs against the United States, and the Congress must protect the American people against foreign interference and corruption," Hoyer said.

Democrats said they thought it was too soon to ease sanctions on Russia, given Russia`s continued aggression in Ukraine and the conclusion of US intelligence agencies that Moscow sought to interfere in the 2016 US presidential election to boost Trump`s chances of winning the White House. "Why is the Trump administration proposing sanctions relief when President (Vladimir) Putin has not yet made any move to curtail or contain his malevolent activities around the globe?" asked Senate Democratic leader Chuck Schumer, who forced the vote on the resolution.

The vote came as Republicans and Democrats in Congress battle over a partial shutdown of the federal government, which has left hundreds of thousands of Americans off the job, or working without pay as Senate Republicans back Trump`s insistence that lawmakers approve $5.7 billion in funding to build a wall on the border with Mexico. Republican Senate Majority Leader Mitch McConnell had dismissed Schumer`s resolution as a political stunt. Some other Republicans who voted in favor of blocking the Russia measure had criticized Democrats for bringing it up instead of agreeing to fund the wall.

The resolution of disapproval was allowed under a sweeping sanctions bill passed by Congress and reluctantly signed into law by Trump in 2017. Schumer also said the timing of the December sanctions decision was inappropriate in light of Special Counsel Robert Mueller`s probe into alleged Russian interference in the 2016 contest and possible collusion between Trump`s campaign and Moscow. Russia has denied meddling and Trump has said no collusion took place.

Deripaska had ties with Paul Manafort, Trump’s former campaign manager, documents have shown. Manafort is awaiting sentencing after pleading guilty to conspiracy against the United States.

China is rapidly building robust lethal force to impose its will in the region: US official