More than 3,600 jailed migrants have been trapped in the capital since forces from the east of the country started an advance to capture it, the United Nations says. 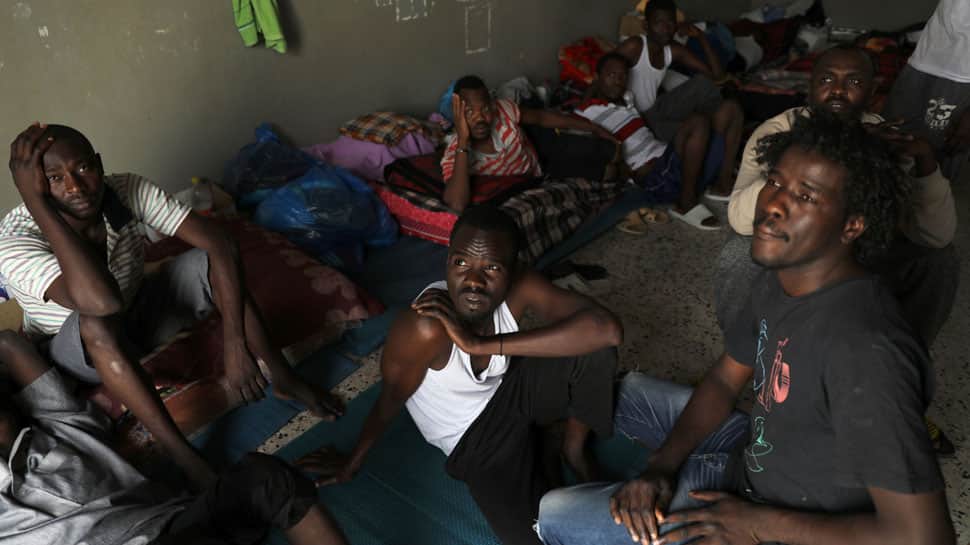 TRIPOLI: Libyan officials have opened the doors of a detention centre for illegal migrants in Tripoli, but frightened Somalis and other sub-Saharan Africans told Reuters they had decided to stay for fear of getting caught up in fighting engulfing the capital.

"We don`t want to leave...we have no place to go," said a 20-year old migrant who gave his name as Daoud, sitting on a mattress in a warehouse where 550 migrants have been held. His pregnant wife sits in a different room.

More than 3,600 jailed migrants have been trapped in the capital since forces from the east of the country started an advance to capture it, the United Nations says.

On Tuesday, some 12 migrants were wounded when unknown gunmen opened fire on them in a detention centre in a suburb fought over by both sides, a spokesman for the U.N. refugee agency UNHCR said. Details remain unclear. The injured migrants are being treated in a hospital. Amnesty International called for the incident to be investigated as a war crime.

In the quieter eastern Tajoura suburb, the manager opened the gate of his detention centre housing migrants from sub-Saharan countries such as Eritrea, Somalia, South Sudan and some Arab countries. Everyone stayed, surviving on one meal of pasta a day. On good day they get two.

Large parts of Libya have been lawless since the overthrow of Muammar Gaddafi in 2011, and the country has become the main transit point for hundreds of thousands of migrants from sub-Saharan Africa and the Middle East attempting the dangerous voyage across the Mediterranean Sea to Europe.

Officials have been accused in the past of mistreating detainees who are held by the thousands as part of European-backed efforts to curb smuggling. At the Tajoura detention centre, authorities have not supplied any food or water since before fighting started last week, said Nour Eldine Qarilti, the director.

"We have not received any assistance from all international organisations," he told Reuters. "Some local NGOs still support us with simple needs but it`s not enough."

Hundreds of migrants lay on mattresses. Others were using a kitchen to cook lunch for others for a small fee.

According the United Nations, Libya is now hosting more than 700,000 people who have fled their homelands, often trekking through desert in pursuit of their dream of crossing to a better life in Europe.

They then try find smugglers to put them on boats. But with Italy and France helping to beef up the Libyan Coast Guard, most now get caught before reaching Europe.