DNA Exclusive: The US troops withdrawal, Taliban takeover, and beginning of Jihad 2.0?

Zee News Editor-in-Chief Sudhir Chaudhary on Tuesday (August 31) discussed the US’ failure in Afghanistan and the beginning of Jihad 2.0 owing to the Taliban takeover. 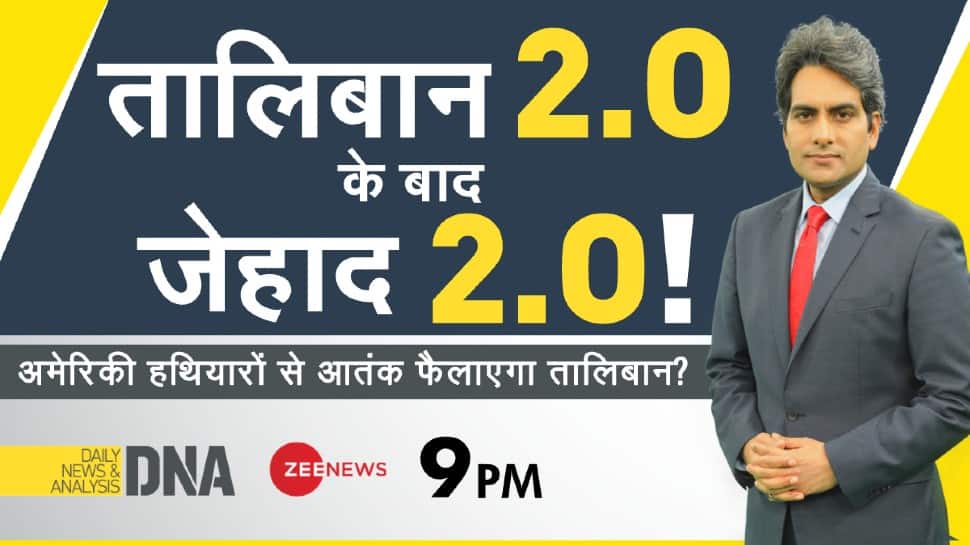 New Delhi: The US forces fled Afghanistan at midnight yesterday. With this, the Taliban took control of the Kabul airport and the world entered a new era of terrorism. The Taliban 2.0 could pose a serious threat to peace and security around the world.

Zee News Editor-in-Chief Sudhir Chaudhary on Tuesday (August 31) discussed the US’ failure in Afghanistan and the beginning of Jihad 2.0 owing to the Taliban takeover.

The Taliban had given the US Army the deadline of August 31 to leave Afghanistan. But America's last flight from Kabul airport took off last night at 3.30 pm i.e. 20 hours before the deadline. With this, 20 years of America's presence in Afghanistan turned into an international joke in an instant.

As soon as America's last plane took off from Kabul airport, the Taliban entered the airport. They celebrated with fireworks and fired bullets in the air in joy.

After the night's celebration, the Taliban militants held a press conference at the airport and told the world that they have now completely liberated Afghanistan.

The Taliban currently have weapons worth Rs 6 lakh crore left by America. This amount is almost twice the defence budget of India. This includes 75,000 vehicles, more than 200 planes, helicopters, more than 600,000 modern guns and rifles. The Taliban more Black Hawk helicopters than 85 per cent of the countries in the world.

Imagine where these weapons would go. These will now go into the hands of those who spread terrorism in the name of Jihad. And that is how Taliban 2.0 will push the world towards Jihad 2.0.

The members of such banned terrorist organisations are going to form the government in Afghanistan. Those who were once on the hit list of America would share platform with it. Perhaps President Joe Biden will even have to sign agreements with them. That is why it wouldn’t be incorrect to say that the world has entered a new era of terrorism.