Donald Trump lambasted election workers and alleged fraud in the states where results from a dwindling set of uncounted votes are pushing Democrat Joe Biden nearer to victory. 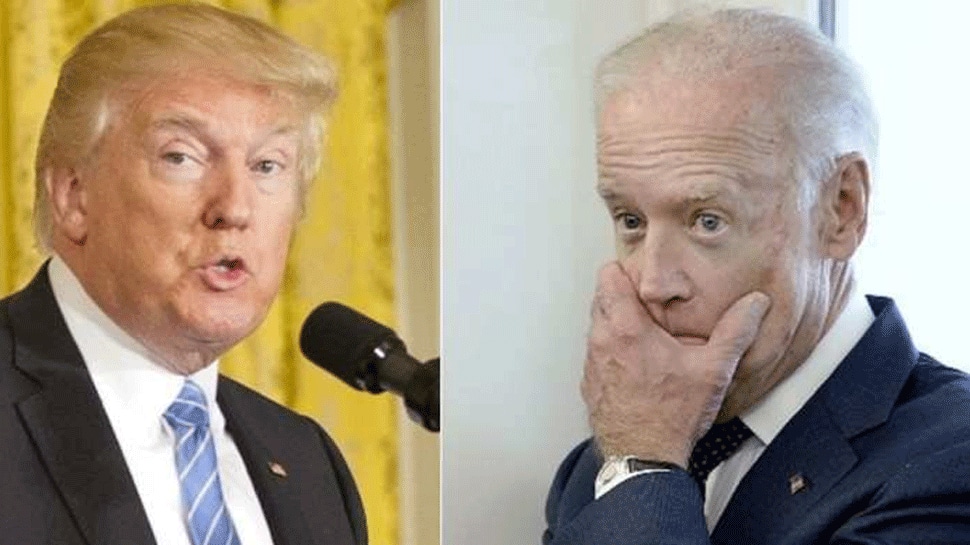 WASHINGTON/WILMINGTON: With his re-election chances fading as more votes are counted in a handful of battleground states, US President Donald Trump launched an extraordinary assault on the country`s democratic process from the White House on Thursday, falsely claiming the election was being "stolen" from him.

Offering no evidence, Trump lambasted election workers and alleged fraud in the states where results from a dwindling set of uncounted votes are pushing Democrat Joe Biden nearer to victory.

"This is a case where they`re trying to steal an election," Trump said.

Several news networks cut away from the president, who spoke for about 15 minutes in the White House briefing room before leaving without taking questions.

Biden, the former vice president, was chipping away at the Republican incumbent`s leads in Pennsylvania and Georgia even as he maintained narrow advantages in Nevada and Arizona, moving closer to securing the 270 votes in the state-by-state Electoral College that determines the winner.

In three of the four states, the margins between the two men had tightened since Wednesday, as results from counting centers trickled in and anxious Americans waited for clarity after an exhausting and deeply vitriolic election.

In Pennsylvania, Trump`s lead had shrunk from 319,000 on Wednesday afternoon to 74,000 a day later, while his margin in Georgia fell from 68,000 to fewer than 4,000. Those numbers were expected to continue to move in Biden`s favor, with many of the outstanding ballots from areas that typically vote Democratic, including the cities of Philadelphia and Atlanta.

Most major television networks gave Biden a 253 to 214 lead in Electoral College votes, which are largely determined by state population, after he captured the crucial battleground states of Wisconsin and Michigan on Wednesday.

Biden would become the next president by winning Pennsylvania, or by winning two out of the trio of Georgia, Nevada and Arizona. Trump`s likeliest path appeared narrower - he needed to hang onto Pennsylvania and Georgia while overtaking Biden in either Nevada or Arizona.

As demonstrators marched in several U.S. cities for a second straight day, the election lay in the hands of civil employees who were methodically counting hundreds of thousands of ballots, many of which were sent by mail amid the coronavirus pandemic.