On Thursday, Pelosi made her strongest comments against the wall since the government reopened last week after the longest shutdown in US history. 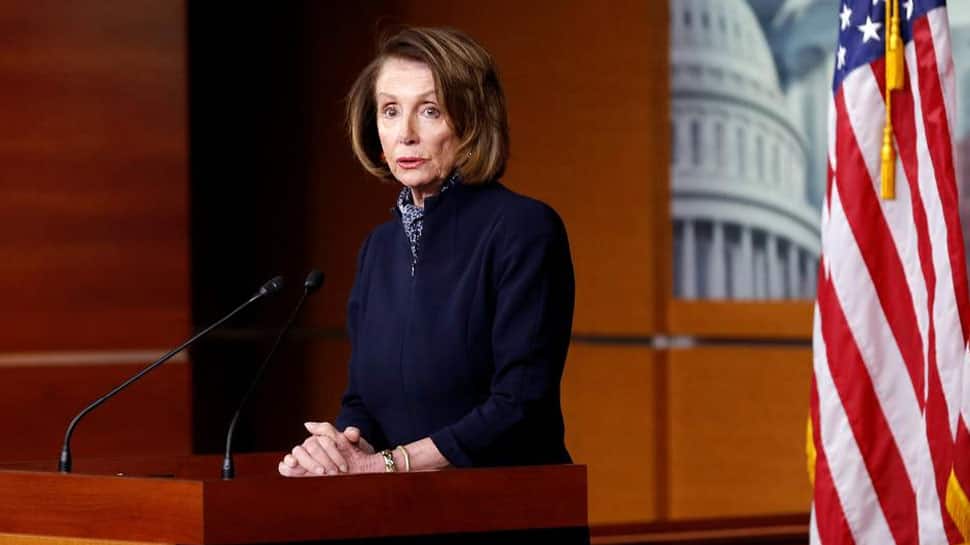 Washington: An ongoing rift between US President Donald Trump and House Speaker Nancy Pelosi over the construction of a wall along the Mexican border appeared to have widened even as negotiators worked to strike a deal ahead of a looming deadline.

On Thursday, Pelosi made her strongest comments against the wall since the government reopened last week after the longest shutdown in US history, reports CNN. "There`s not going to be any wall money in the legislation," she told the media.

Pelosi added that other aspects of border security involving infrastructure and technology were part of the negotiations. In response, Trump dismissed the Speaker`s remarks as "just playing games", insisting even she would be "begging for a wall" if an onslaught of undocumented immigrants swarm the border.

"I`m not waiting for this committee and I`ve told a lot of people I don`t expect much coming out of the committee because I keep hearing words that `We`ll give you what you want but we won`t give you a wall`. And the problem is, if they don`t give us a wall, it doesn`t work," he said at the Oval Office.

Also in a series of tweets early on Thursday, Trump insisted his long-promised border wall would come to fruition one way or another, blaming "political games" for delaying the inevitable.

The war of words between the two leaders came as Republican and Democratic negotiators began talks on Thursday over a government funding measure that Trump insists must include the border wall funding.

The President and his aides were continuing to make preparations for the national emergency order this week in the event that the negotiators on Capitol Hill fail to reach an agreement by mid-month, according to White House officials.

Reuters journalists in Myanmar appeal to Supreme Court against conviction