The White House's move escalated a constitutional clash between the Democratic-controlled House of Representatives and Republican President Donald Trump over its powers to investigate him, his administration, his family and his business interests. 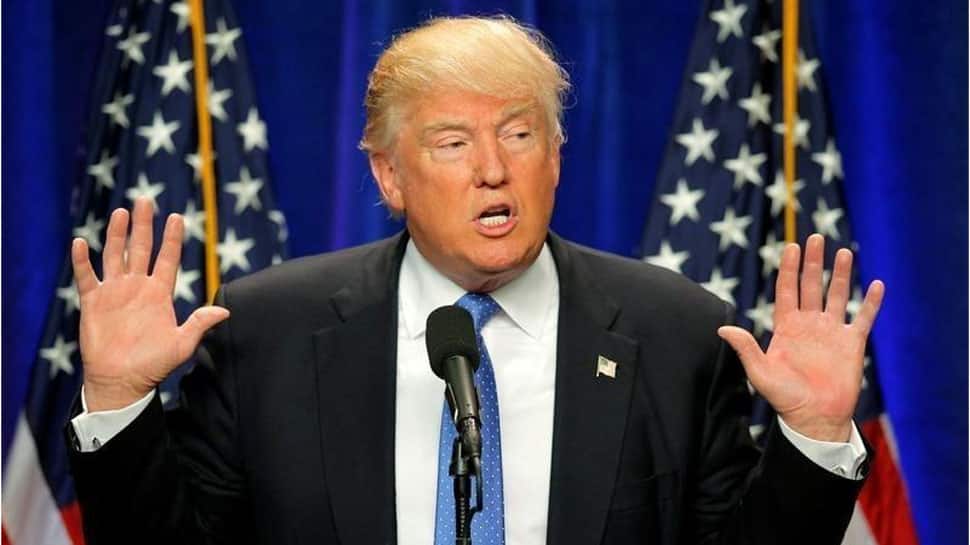 Washington:  The White House on Wednesday invoked the legal principle of executive privilege to block the release of the unredacted Mueller report on Russian election meddling, challenging US House Democrats as they met to vote on holding Attorney General William Barr in contempt for refusing to hand over the document.

The White House's move escalated a constitutional clash between the Democratic-controlled House of Representatives and Republican President Donald Trump over its powers to investigate him, his administration, his family and his business interests. House Speaker Nancy Pelosi, the top Democrat in Congress, said Trump`s moves to thwart subpoenas were obstructing oversight by lawmakers and inquiries into Russian interference to boost Trump`s candidacy in the 2016 US election, the subject of Special Counsel Robert Mueller`s report.

"Every single day the president is making the case. He`s becoming self-impeachable," Pelosi told the Washington Post, referring to the impeachment process in Congress to remove a president from office. Pelosi added that Barr, the top US law enforcement official and a Trump appointee, should be held in contempt of Congress.

Barr last month released a redacted, 448-page version of Mueller`s report on the findings of his 22-month inquiry. Barr has refused to comply with a subpoena by the House Judiciary Committee for an unredacted version and its underlying evidence.

Executive privilege is sometimes claimed by US presidents to keep other branches of government from getting access to information about internal executive branch information.

House Judiciary Chairman Jerrold Nadler said the White House was misapplying executive privilege in "a clear escalation in the Trump administration`s blanket defiance of Congress`s constitutionally mandated duties," adding that neither Barr nor Trump should be permitted to be "above the law."

A 1974 Supreme Court ruling made clear the contours of the doctrine of executive privilege. In the case US v. Nixon, President Richard Nixon was ordered to deliver tapes and other subpoenaed materials to a federal judge for review. The Supreme Court ruled 9-0 that a president`s right to privacy in his communications must be balanced against the power of Congress to investigate and oversee the executive branch.

The White House said Democrats forced the move. "Faced with Chairman Nadler`s blatant abuse of power, and at the attorney general`s request, the president has no other option than to make a protective assertion of executive privilege," White House spokeswoman Sarah Sanders said.
House Democratic Caucus Chairman Hakeem Jeffries, a member of the Judiciary Committee, told reporters that for the Trump administration to assert executive privilege now that the Mueller probe has run its course is "laughable, it`s frivolous, and it has no basis in reality."

Trump is stonewalling numerous investigations by House Democrats, ranging from Mueller`s probe to other matters such as Trump`s tax returns, his past financial records and White House granting of high-level security clearances to members of his family. Court action is likely to follow.

The Judiciary Committee was slated to vote on a resolution recommending the full House find Barr in contempt of Congress. A contempt citation against Barr, who last week also refused to testify before the panel, could lead next to an enforcement action, either in the courts or in Congress, involving fines and possibly imprisonment.

Nadler subpoenaed the full document and all underlying evidence, saying lawmakers needed it to determine whether Trump obstructed justice by trying to impede the Mueller probe. Barr missed two subpoena deadlines for turning over the material, the latest on Monday.

When the House was controlled by Republicans, it voted in 2012 to hold Eric Holder, attorney general under Democratic President Barack Obama, in contempt for failing to turn over subpoenaed Justice Department documents about a gun-running investigation. It was the first time
Congress had held any Cabinet member in contempt.

Mueller`s report details extensive contacts between Trump`s campaign and Moscow as well as the campaign`s expectation of benefiting from Russia`s actions. Mueller said there was not sufficient evidence to show a criminal conspiracy between Moscow and the campaign. The report also describes a series of actions Trump took to try to impede Mueller`s investigation.

On Tuesday, the Trump administration stymied a separate effort by House Judiciary Democrats to subpoena records from McGahn, directing him not to provide the documents. Mueller`s report said McGahn told investigators Trump unsuccessfully directed him to remove Mueller - an order he did not carry out - and then asked him to deny that Trump had done so.