I will see Prime Minister Modi and I will be meeting with India and Pakistan and I think a lot of progress has been made there, says US President Donald Trump. 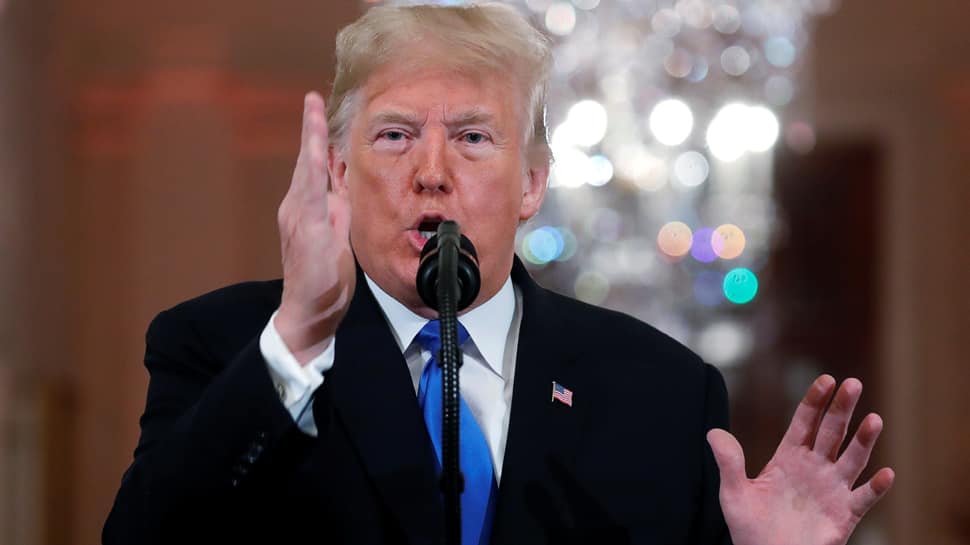 US President Donald Trump has suggested that “a lot of progress” has been made with regard to the prevailing situation between Indian and Pakistan. The US President made the remarks while confirming that he would attend Prime Minister Narendra Modi’s ‘Howdy Modi’ event in Houston on September 22.

When asked about his plans to attend the grand event in Houston, Texas, President Trump said, “I will see Prime Minister Modi and I will be meeting with India and Pakistan and I think a lot of progress has been made there...lot of progress.”

The decision by the US President to attend Prime Minister Modi’s event in Houston, which is likely to be attended by several Indian American as well as US lawmakers, is being seen as a big progress towards enhancement of India-US ties.

The latest remark by the US President assumes significance in the wake of the ongoing tensions between India and Pakistan following Modi government’s move to abrogate Article 370, which granted special status to Jammu and Kashmir.

Just days ahead of the announcement on Jammu and Kashmir, President Trump had met Pakistan Prime Minister Imran Khan. During a joint press meet with Khan, Trump had said that he was asked by Modi to mediate between New Delhi and Islamabad on the Kashmir issue.

The claim was categorically denied by India, with External Affairs Minister S Jaishankar issuing statements in both Lok Sabha as well as Rajya Sabha. The minister had said that no such conversation had taken place between the two leaders, reiterating that no third-party intervention would be entertained on the Kashmir issue.

The ‘Howdy Modi’ event is going to be the third meeting between Modi and Trump in 2019. They had last met in July on the sidelines of the G7 summit in France.

According to news agency ANI, more than 50,000 people have already been registered for the event, which will be hosted by the Texas India Forum.