Donald Trump Jr, the eldest son of US President Donald Trump, on Tuesday posted a tweet showing J&K as separate from India. 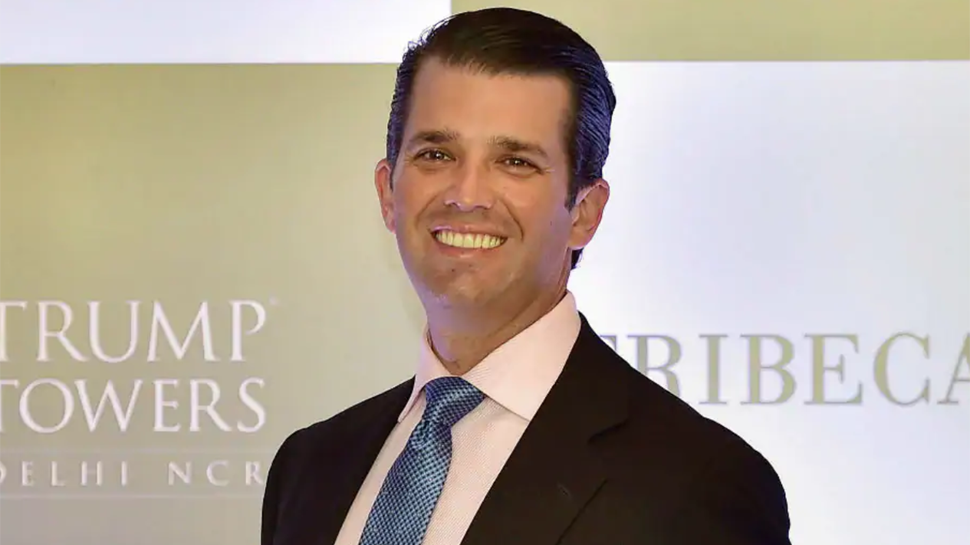 In a major faux pas, Donald Trump Jr, the eldest son of US President Donald Trump, on Tuesday (November 3) posted a tweet showing Jammu and Kashmir as separate from India.

Trump Jr posted a tweet predicting Trump's victory in the US Presidential polls and posted a map of the world along with this tweet. In the map posted by Trump Jr posted, whole world is shown in red, except for India and China, which were depicted in blue, which is the colour of the Democrats. Trumpo Jr, however, showed Jammu and Kashmir and some northeastern states of India in red, hinting that these areas are not parts of India.

"Okay, finally got around to making my electoral map prediction," Trump Jr said in a tweet in which he shared the map.

Okay, finally got around to making my electoral map prediction. #2020Election #VOTE pic.twitter.com/STmDSuQTMb

The controversial tweet by Trump Jr comes at a time when the tension between India and China is at an all-time high due to the prevailing situation along the Line of Actual Control (LAC) in Eastern Ladakh. It is to be noted that Prsident Trump has supported the tough stand taken by India against the Chinese aggression.

"I know that China and India are having difficulty and very substantial difficulty. And hopefully, they will be able to work that out... If we can help, we would love to help," he had said in September.

Reacting to the controversial map, Congress MP Shashi Tharoor tweeted, "The price of Namo’s bromance: Kashmir & the NorthEast cut off from the rest of India, &the whole “filthy" place relegated by Don Jr to the realm of hostiles, along with China & Mexico. So much for the crores spent on obsequious serenading stadium events!"

National Conference leader Omar Abdullah also reacted to Trump Jr's tweet and said, "So much for the friendship with Trump Senior. Junior has placed India firmly with@JoeBiden&@KamalaHarristhough interestingly Jr. believes J&K & the NorthEast go against the rest of India & will vote Trump. Someone needs to take his colouring pencils away."

US presidential election 2020: We feel very good, says Donald Trump about his chances of victory