Despite repeated attempts by Trump, the journalist continued with his rhetoric on Kashmir to which the US President told him that he was not asking a question but giving a statement. "I’ll — let me put that one down as a statement, if you don’t mind," said Trump. 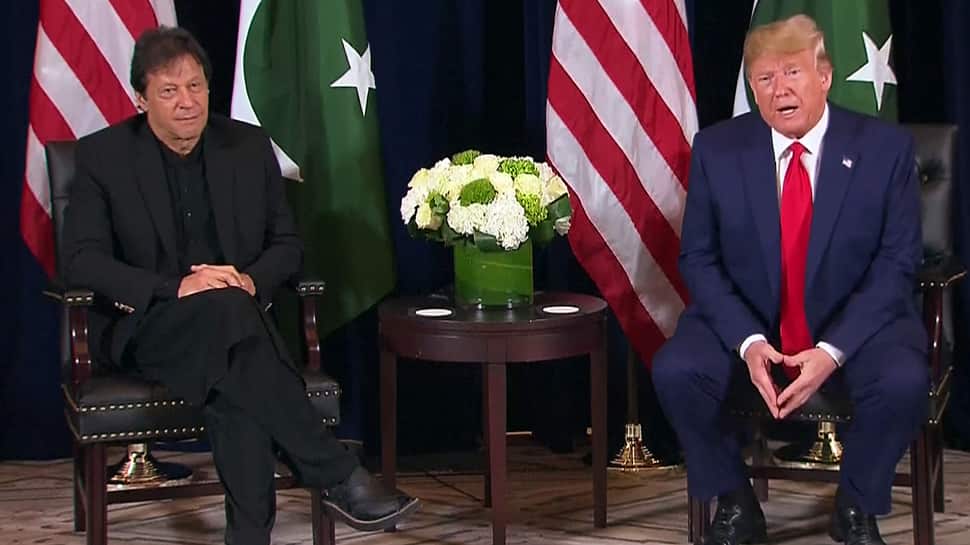 Pakistan and its Prime Minister Imran Khan were left red-faced after US President Donald Trump mocked one of the journalists of the country during a meet on the sidelines of the United Nations General Assembly (UNGA) in New York.

The Pakistani journalist, during the joint press brief on Monday, kept on pursuing on the Kashmir issue forcing Trump to ask, "are you from his (Imran Khan) team?"

In another major embarrassment to Khan, Trump asked him, "where do you get reporters like these?"

Despite repeated attempts by Trump, the journalist continued with his rhetoric on Kashmir to which the US President told him that he was not asking a question but giving a statement. "I’ll — let me put that one down as a statement, if you don’t mind," said Trump.

Incidentally, the Pakistani news channel that was broadcasting the show suddenly stopped doing it.

Trump had said that he was willing to mediate on Kashmir issue but stressed that he would do it only if both India and Pakistan want him to act as a mediator. "I am ready, willing and able. It's a complex issue. It's been going on for a long time. But if both want it, I will be ready to do it," Trump said.

The journalist chased the topic and even called India an aggressor, accusing it of "merging Kashmir into its own territory". Speaking on this, Trump said that he was saying what he thinks.

Here is the full text of their conversation:

Q. Mr. President, with all the things — reverting back to my question in the Oval Office on Kashmir —

Q    — you know, the thing is, you are asking both the parties to accept and one is aggressor, (inaudible) these U.N. resolutions.  And that’s non-compliant, plus — you know, merging Kashmir into its own territory.

PRESIDENT TRUMP:  This is the kind of reporter I like.

PRESIDENT TRUMP:  Are you a member of this team?  Or are you a —

Q    No, let me complete my question, Mr. President.

PRESIDENT TRUMP:  No, but I have to be requesting —

PRESIDENT TRUMP:  Very fair question, or statement.  I’ll — let me put that one down as a statement, if you don’t mind.

On Sunday (September 22), during the 'Howdy, Modi' mega event in Houston, US, Trump called PM Modi "one of America’s most devoted and most loyal friend" and said that he is doing a truly exceptional job for India and all of the Indian people.