America's opioid epidemic, especially damaging in rural areas where Trump is popular, has been a focus for the Republican president. 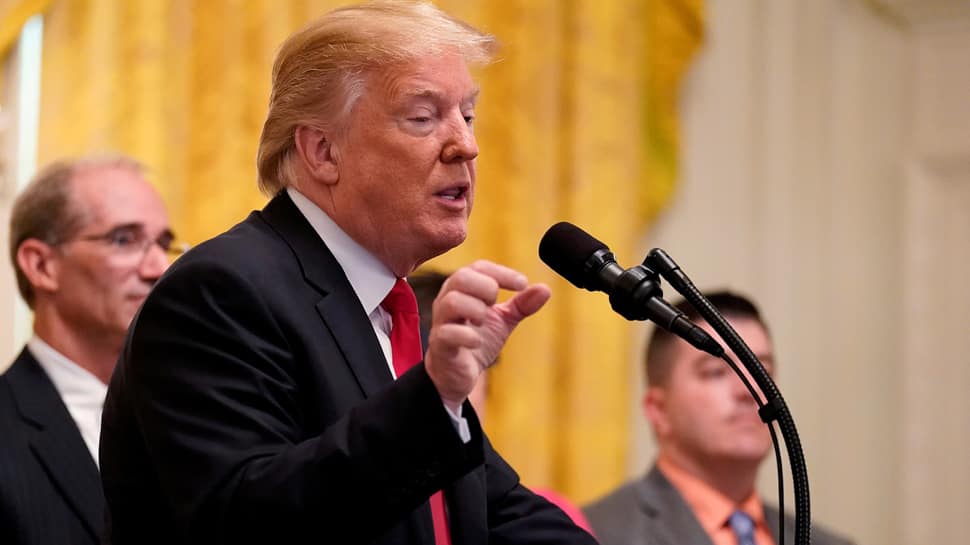 ATLANTA: US President Donald Trump touted progress in the fight against opioid abuse on Wednesday and promised to hold drugmakers accountable for their part in the crisis, a day after his administration brought its first related criminal charges against a major drug distributor and company executives.

America's opioid epidemic, especially damaging in rural areas where Trump is popular, has been a focus for the Republican president. On Tuesday, the government charged drug distributor Rochester Drug Co-operative Inc and company executives for their role in fuelling the epidemic. The company agreed to pay $20 million and enter a deferred prosecution agreement to resolve charges it turned a blind eye to thousands of suspicious orders for opioid pain killers.

"We are holding big Pharma accountable," Trump said at the Rx Drug Abuse and Heroin Summit in Atlanta.

Deaths from opioid overdose in the United States jumped 17 percent in 2017 from a year earlier to more than 49,000 according to the Centres for Disease Control and Prevention.

Deaths from potent synthetic opioids like fentanyl surged 45 percent in that time, according to the CDC.

Hundreds of lawsuits by state and local governments accuse drugmakers such as Purdue Pharma of deceptively marketing opioids, and distributors such as AmerisourceBergen Corp, Cardinal Health Inc and McKesson Corp of ignoring that they were being diverted for improper uses. Trump said he convinced Chinese President Xi Jinping in a December meeting in Argentina to designate fentanyl as a controlled substance.

China last month listed all fentanyl-related substances as controlled narcotics after criticism from Trump, though its government blamed US culture for abuse of the drug and said the amount of fentanyl going from China into the United States was "extremely limited." "Almost all fentanyl comes from China," Trump said on Wednesday. "They are going to make it a major crime."

Little has come of Trump`s earlier calls for executing drug dealers. But the administration has taken some action to address the crisis on other fronts.
Trump declared the opioid crisis a public health emergency in October 2017. Last week, US health officials said they will spend $350 million in four states to study ways to best deal with the opioid crisis on the local level, with a goal of reducing opioid-related overdose deaths by 40 percent over three years in selected communities in those states.

The Democratic National Committee said in a statement before Trump`s remarks that his proposed Medicaid cuts and efforts to overturn the Affordable Care Act, popularly known as Obamacare, could make the opioid problem worse.

Trump has used the crisis to support his call for building a wall on the border with Mexico, saying it would help keep out heroin and other illegal drugs and curb the crisis.