Trump tweeted just days the United States came within minutes of bombing Iranian targets. "In some areas, overwhelming will mean obliteration," the US president tweeted. 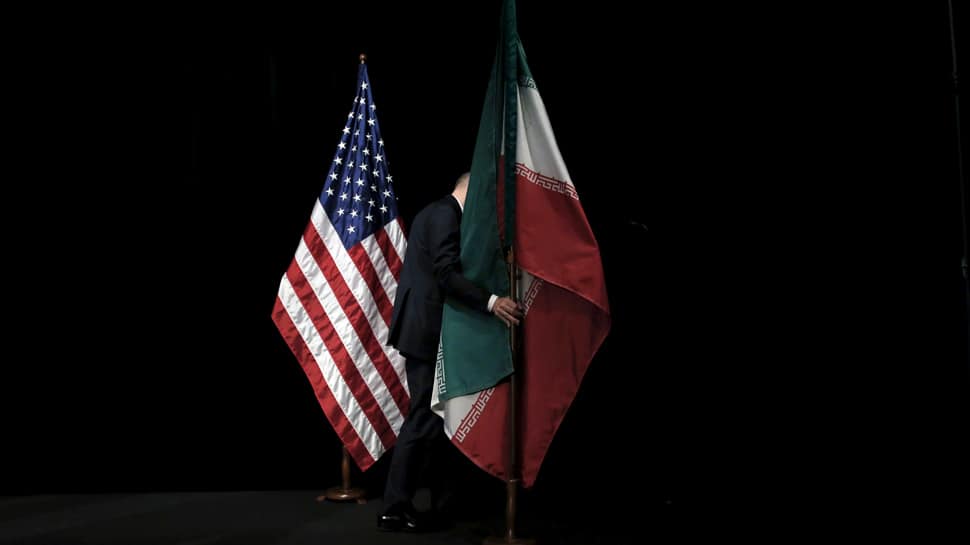 DUBAI: US President Donald Trump threatened on Tuesday to obliterate parts of Iran if the Islamic Republic attacked "anything American", as Iran said the latest US sanctions had closed off any chance of diplomacy. "Any attack by Iran on anything American will be met with great and overwhelming force," Trump tweeted just days after the United States came within minutes of bombing Iranian targets. "In some areas, overwhelming will mean obliteration," the US president tweeted.

"Trump`s desperate administration is destroying the established international mechanisms for maintaining world peace and security." The moves came after Iran shot down a U.S. drone last week and Trump called off a retaliatory air strike minutes before impact. It would have been the first time the United States had bombed Iran in decades of hostility between them.

Trump said last week that he had decided at the last minute that too many people would die. In a televised address on Tuesday, Iranian President Hassan Rouhani said sanctions against Khamenei would have no practical impact because the cleric had no assets abroad.

Rouhani, a pragmatist who won two elections on promises to open Iran up to the world, described the U.S. moves as desperate and called the White House "mentally retarded" - an insult that other Iranian officials have used in the past about Trump, but a departure from Rouhani`s own comparatively measured tone.

Rouhani and his cabinet run Iran`s day-to-day affairs, while Khamenei, in power since 1989, is Iran`s ultimate authority. "The White House actions mean it is mentally retarded," Rouhani said. "Tehran`s strategic patience does not mean we have fear."

The United States has imposed crippling economic sanctions against Iran since last year, when Trump withdrew from an agreement between Tehran and world powers to curb Iran`s nuclear programme in return for the lifting of sanctions. The crisis has escalated sharply since last month, when the Trump administration tightened the sanctions, ordering all countries to halt purchases of Iranian oil.

That has effectively starved the Iranian economy of the main source of revenue Tehran uses to import food for its 81 million people, and left Iran`s pragmatic faction with no benefits to show for its nuclear agreement. Washington says the 2015 agreement reached under Trump`s predecessor Barack Obama did not go far enough because it is not permanent and does not cover issues beyond the nuclear programme, such as missiles and regional behaviour.

Iran says there is no point negotiating with Washington when it has abandoned a deal that was already reached. The downing of the U.S. drone - which Iran says was over its air space and the United States says was international skies - followed weeks of rising tensions that had begun to take on a military dimension.

The United States and some regional allies have blamed Iran for attacks on tankers in the Gulf, which Tehran denies. Washington`s European allies have repeatedly warned both sides of the danger that a small mistake could lead to war.