Donald Trump threatens to close US border with Mexico next week

Trump has repeatedly vowed to close the US. border with Mexico in the past, but this time the United States government may follow through as it struggles to deal with a surge of asylum seekers countries in Central America. 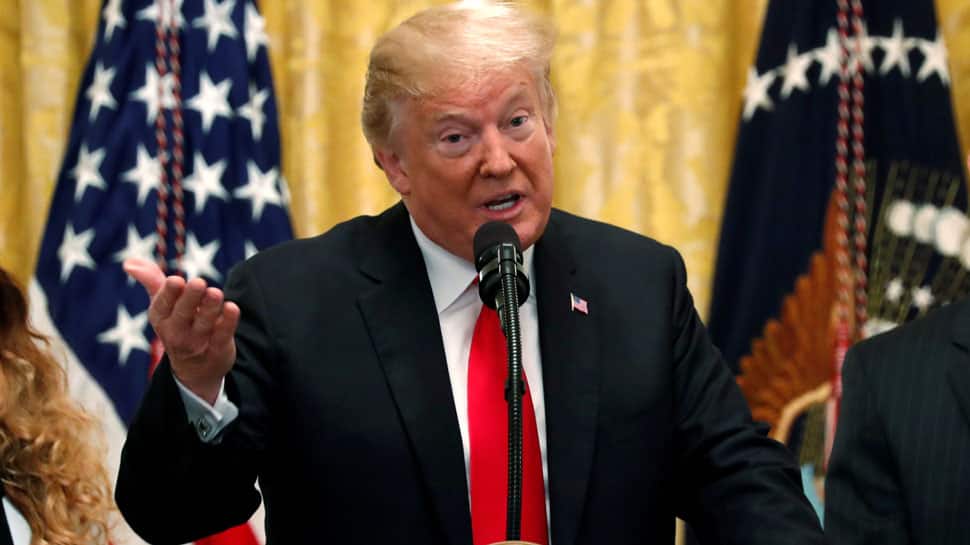 WASHINGTON: US President Donald Trump threatened on Friday to close the US border with Mexico next week, or at least large sections of it if Mexico "doesn`t immediately stop all illegal immigration coming into the United States" from the region.

Trump has repeatedly vowed to close the US. border with Mexico in the past, but this time the United States government may follow through as it struggles to deal with a surge of asylum seekers countries in Central America.

A senior official with the Department of Homeland Security said the agency is moving border officers from ports of entry to areas between official crossing points where asylum seekers are turning up. "If we have to close ports to take care of all the numbers who are coming, we will do that," the official told reporters, speaking on condition of anonymity shortly after Trump`s announcement on Twitter.

"It`s short at the moment of a full closure of any port," the official said.

Trump delivered his latest threat in a series of Twitter posts amid reports that a surge of migrants in El Paso, Texas, threatened to overwhelm border protection officials there.

"CONGRESS MUST CHANGE OUR WEAK IMMIGRATION LAWS NOW, & Mexico must stop illegals from entering the US through their country and our Southern Border," Trump said.

"Mexico has for many years made a fortune off of the US, far greater than Border Costs. If Mexico doesn`t immediately stop ALL illegal immigration coming into the United States through our Southern Border, I will be CLOSING the Border, or large sections of the Border, next week."

Migrants illegally crossing the US border have caused persistent tension between the United States and Mexico ever since Trump began his bid for the presidency almost four years ago, taking a hard line on immigration and saying Mexico was sending rapists and drug runners into the United States.

Mexican President Andres Manuel Lopez Obrador said on Thursday that tackling illegal immigration is an issue chiefly for the United States and Central America to address.

The US officials say they face an immigration crisis along the southern border because of a dramatic increase in asylum seekers, many of them children and families, fleeing violence and economic hardship in Central America.