Washington Post's lead story was accompanied with a four-column image of President Trump, in which the US president was looking upset with his head down. 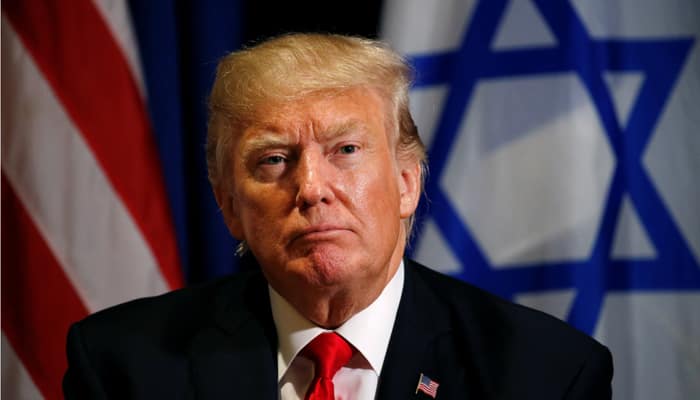 WASHINGTON: People in the US woke up to a big surprise on Wednesday as a front-page six-column headline in The Washington Post said that US President Donald Trump has resigned.

The headline read: 'UNPRESIDENTED Trump hastily departs White House, ending crisis'. Washington Post's lead story was accompanied with a four-column image of President Trump. In the image, the US president was looking upset with his head down.

A long single-column on left side of the paper carried a headline, which read: 'Celebrations break out worldwide as trump era ends'. The newspaper was dated May 1, 2019. This edition was distributed freely on the streets of Washington DC.

The Washington Post, however, wasted no time in issuing a clarification that it has nothing to do with the edition which was completely fake.

PTI reported that a woman outside the White House told its reporter: "Grab this special edition of The Washington Post. This is free. You will never get this." PTI added that the woman was was distributing the newspaper to people for free.

The lead story of the fake edition of the renowned newspaper was authored by one Lisa Chung. The story said that President Trump abandoned the White House on April 30, 2019. The fake edition also carried a report which claimed that people across the globe have welcomed Trump's resignation. "Vice-President Mike Pence took the oath of presidency in the bible of his grandmother, at his hurried swearing in," said another article in the fake edition.

Ramsey Toucberry, a US journalist working with Newsweek, later tweeted that he spoke to Lisa Fithian, one of the activists involved in planning the fake newspaper edition. He added that the activist informed him that the fake edition - which has now taken the Internet by storm - was a "collaborative project" involving many activists.