Donkey bomb: Animal with bomb strapped to its back injures 2 Afghan policemen

Barbaric practice could prove deadly as it can catch security forces unawares. 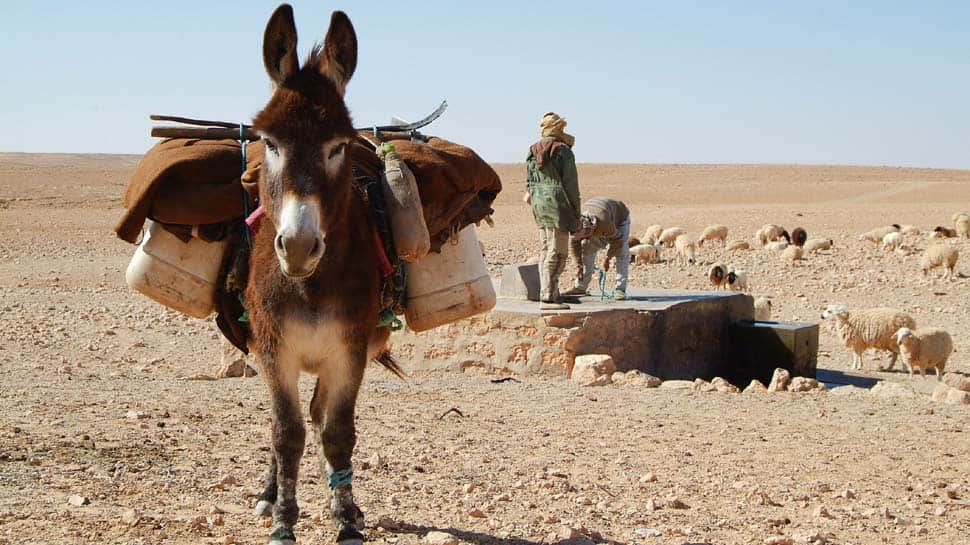 We have heard of human bombs and car bombs and truck bombs, but the Taliban is expanding its bomb delivery systems in Afghanistan. It is now using the humble donkey to courier bombs over to security forces.

On Monday, two policemen were injured in a 'donkey bomb' attack in Kunar province, on the border with Pakistan. The donkey had been loaded with explosives and set on a path towards a security check post. However, the animal was blown up using a remote control when it was intercepted by two policemen on patrol.

"The armed opposition terrorists adjusted explosive device on a donkey and were attempting to detonated it next to a police checkpoint in Sayed Khil area of Sarkano district today morning, but police patrol at nearby stopped the donkey and the militants nearby detonated it with remote control injuring two local police personnel," provincial police chief Haqnawaz Haqyar said, reported Chinese news agency Xinhua. The Taliban is yet to comment on the attack, which is part of a rising wave of violence against government forces and establishments.

Donkey bombs are not an innovation, however cruel. They have been used on at least two occasions before in Afghanistan - once in 2009 and another in 2014. The 2009 attack had been foiled when an alert security guard noticed some men running away after sending the donkey running towards his security post. The poor animal had to be stopped with a gunshot.

Animal-borne attacks can be deadly, since they tend to catch security forces unawares. They have been regularly used against Israeli forces and establishments in the strife-torn Gaza Strip, where security personnel tend to be on razor's edge on the lookout for any human who approaches them suspiciously.

The donkey attack in Afghanistan could also be used to ratchet up the paranoia in the minds of Afghan security forces. Along with posts being stormed by terrorists and car bombs going off and suicide bombers, they now also have to be on the constant lookout for even donkeys that could be walking their way.