The death toll in a devastating militant attack on a mosque on Friday in Egypt's North Sinai has risen to 305 killed, MENA state news agency said on Saturday. 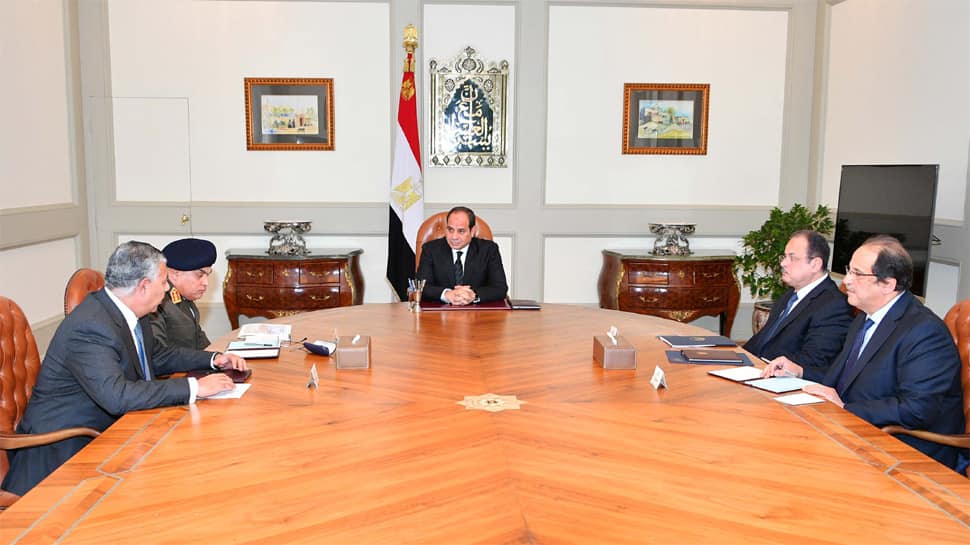 CAIRO: The death toll in a devastating militant attack on a mosque on Friday in Egypt's North Sinai has risen to 305 killed, MENA state news agency said on Saturday.

At least 27 children are those among killed in the mosque attack whereas as 128 people have been wounded in the incident.

So far, no group has claimed the responsibility for the assault, but since 2013 Egyptian security forces have battled an Islamic State affiliate in the mainly desert region, and militants have killed hundreds of police and soldiers.

Egypt mourned the death of 305 worshippers killed during the attack in the Sinai Peninsula.

Special prayers were planned nationwide a day after gunmen detonated a bomb and mowed down worshippers fleeing the Rawda mosque in North Sinai, where security forces are battling Islamic State group (IS) jihadists.

President Abdel Fattah al-Sisi declared three days of mourning and vowed to "respond with brutal force" to the attack, among the deadliest in the world since the September 11, 2001 attacks on the United States.

In a televised speech the president pledged to "respond with brutal force", adding that "the army and police will avenge our martyrs and return security and stability with force in the coming short period".

Earlier in the day, the President held a meeting with government members on the attack in North Sinai, in Cairo.

State media showed images of bloodied victims and bodies covered in blankets inside the Al Rawdah mosque in Bir al-Abed, west of El Arish, the main city in North Sinai.

Witnesses said the attackers blocked routes to the site using vehicles which they set alight.

Between 10 and 20 armed attackers were involved, Magdy Rizk, who was among the wounded, told AFP.

"They were wearing masks and military uniforms," he said, adding that people living in the area had previously received threats from extremist groups.

Relatives visited victims in a hospital in the city of Ismailia near the Suez Canal where the wounded were taken for treatment, an AFP photographer reported.

The funerals of some of those killed were due to be held on Saturday.

World leaders voiced outrage at the attack. US President Donald Trump denounced on Twitter the "horrible and cowardly terrorist attack on innocent and defenceless worshippers".

Sheikh Ahmed el-Tayeb, the grand imam of Cairo`s Al-Azhar, Egypt`s highest institution of Sunni Islam, condemned "in the strongest terms this barbaric terrorist attack".There was no immediate claim of responsibility for the bloodshed.

The Egypt branch of IS has killed hundreds of policemen and soldiers, and also civilians accused of working with the authorities, in attacks in the north of the Sinai peninsula.

They have also targeted followers of the mystical Sufi branch of Sunni Islam as well as Christians.

A tribal leader and head of a Bedouin militia that fights IS told AFP that the mosque is known as a place where Sufis gather.

IS views Sufis as heretics for seeking the intercession of saints.

The group has also killed more than 100 Christians in church bombings and shootings in Sinai and other parts of Egypt, forcing many to flee the peninsula.

The military has struggled to quell the jihadists who pledged allegiance to IS in November 2014.

The jihadists have since increasingly turned to civilian targets, attacking not only Christians and Sufis but also Bedouin Sinai inhabitants accused of working with the army.

The group also claimed the bombing of a Russian plane that killed all 224 people on board after takeoff from the Egyptian Red Sea resort of Sharm el-Sheikh on October 31, 2015.

Aside from IS, Egypt also faces a threat from Al-Qaeda-aligned jihadists who operate out of neighbouring Libya.

A group calling itself Ansar al-Islam -- Supporters of Islam in Arabic -- claimed an October ambush in Egypt`s the Western Desert that killed at least 16 policemen.

The military later conducted air strikes on the attackers, killing their leader.