235 dead as blasts rip through mosque in Egypt's north Sinai

Besides the 235 dead, over 120 people were injured in the deadly attack. 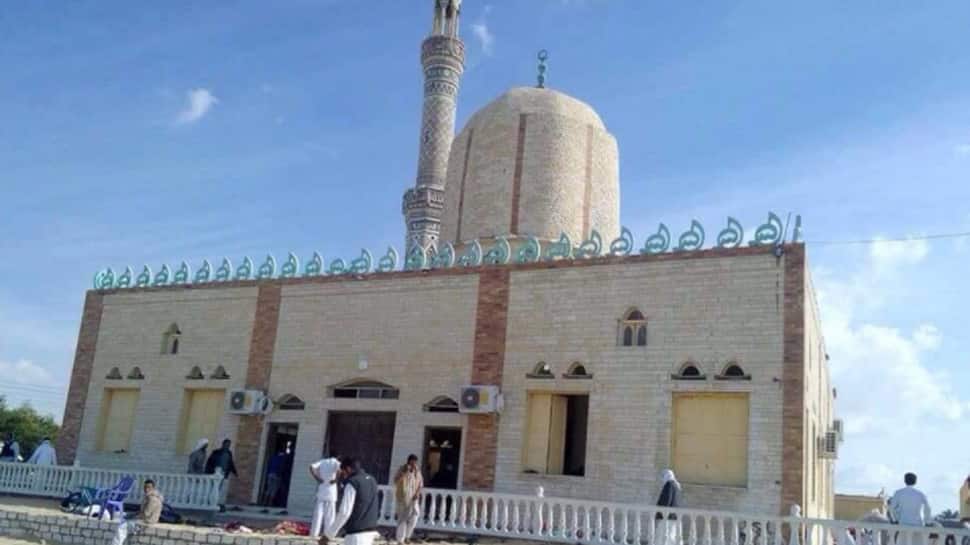 CAIRO: The death toll in a militant attack on a mosque in Egypt north Sinai region has risen to 235, Egyptian state television reported, quoting the public prosecutor.

No group immediately claimed responsibility, but since 2013 Egyptian security forces have battled a stubborn Islamic State affiliate in the mainly desert region, and militants have killed hundreds of police and soldiers.

The assailants planted home-made explosive in the al-Rawdah mosque in the town of Bir al-Abd, near Arish, and detonated them as worshipers were leaving after prayers. They also shot at anyone who tried to escape, a security official told Efe news.

One report said the target appeared to be supporters of the security forces who were praying at the mosque.

Around 40 gunmen set up positions outside the mosque with jeeps and opened fire from different directions as people tried to escape, witnesses said.

The public prosecutors` office said in a statement 235 people had been killed and 109 more wounded.

Striking at a mosque would be a change in tactics for the Sinai militants, who have usually attacked troops and police and Christian churches.

Arabiya news channel and some local sources said some of the worshippers were Sufis, whom groups such as Islamic State consider targets because they revere saints and shrines, which for Islamists is tantamount to idolatry.

The jihadists have also attacked local tribes and their militias for working with the army and police, branding them traitors.

The Sinai branch is one of Islamic State`s surviving branches following the collapse of its self-declared caliphate in Syria and Iraq after military defeats by US-backed forces.

President Abdel Fattah al-Sisi, a former armed forces commander who presents himself as a bulwark against Islamist militancy, convened an emergency meeting with his defence and interior ministers and intelligence chief soon after the attack, the presidency and state television said.

He promised the attack "would not go unpunished". "Justice will be served against all those who participated, contributed, supported, funded, or instigated this cowardly attack," Sisi said in a statement.

The Egypt government has declared three days of national mourning.

Several world leaders condemned including Prime Minister Narendra Modi and United States President condemned the 'barbaric' terrorists attack in Egypt and said the world is committed to weed out the menace of terrorism.

Strongly condemn the barbaric terrorist attack on a place of worship in Egypt. Our deep condolences at the loss of innocent lives. India resolutely supports the fight against all forms of terrorism and stands with the people as well as Government of Egypt.

Horrible and cowardly terrorist attack on innocent and defenseless worshipers in Egypt. The world cannot tolerate terrorism, we must defeat them militarily and discredit the extremist ideology that forms the basis of their existence!