EU rejects renegotiating Brexit deal as May arrives in Brussels

The stakes are high, as the UK is slated to leave the EU on March 29 with no deal in sight due to the British parliament rejecting the previously negotiated treaty with the EU by a large margin. 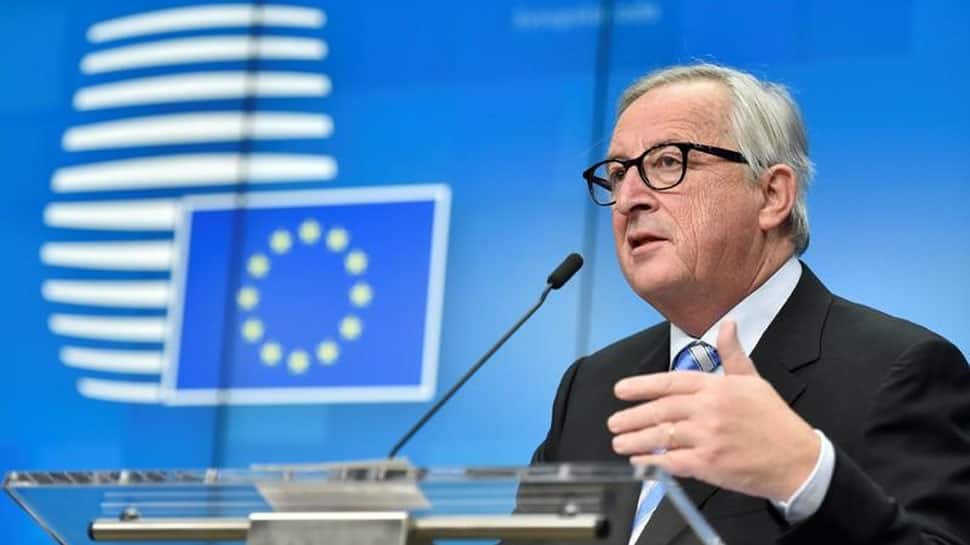 Washington: European Union (EU) has once again warned British Prime Minister Theresa May that it will not renegotiate the Brexit agreement as she reached Brussels in an attempt to persuade EU leaders to agree to make important changes as per UK Parliament`s demands.

According to CNN, European Commission`s president, Jean-Claude Juncker, on Thursday stated that the EU could only "add wording" to the Political Declaration about what they aim for in their future relationship.

The president of the European Council, Donald Tusk, mulled what a "special place in hell looks like" for those who promoted Brexit, "without even a sketch of a plan guiding, how to carry it out safely".Tusk made these remarks after meeting with Ireland`s Prime Minister, or Taoiseach, LeoVaradkar on Wednesday.

Last year, British lawmakers voted in favour of an amendment that seeks to reopen negotiations with the European Union over the Northern Ireland backstop, an insurance policy to avoid a hard border with Ireland, in case the UK fails to secure a comprehensive Brexit deal with the EU.

The stakes are high, as the UK is slated to leave the EU on March 29 with no deal in sight due to the British parliament rejecting the previously negotiated treaty with the EU by a large margin. In 2016, over 50 per cent of the UK electorate had voted to leave the EU, following which the British government had triggered Article 50 of the Lisbon Treaty, beginning the country`s process of exiting from the bloc.

Economy in shambles but Pakistan wants to increase its defence budget