There were citizens who managed to flee, there were people who died while clinging to plane and then there were some Afghan nationals who were left behind to live under the Taliban regime. 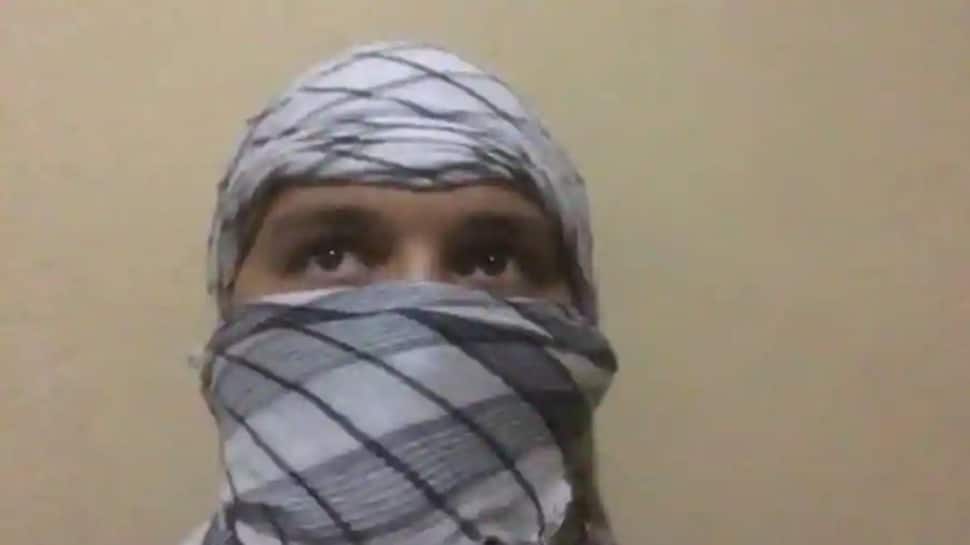 New Delhi: Ever since the Taliban made rapid advances across Afghanistan in August, hundreds of Afghan citizens were seen at the Kabul airport trying to get a chance to flee the war-torn country. Numerous 'gut-wrenching' pictures that emerged from Afghanistan showed people lining up at the airport to escape the Taliban rule.

There were citizens who managed to flee, there were people who died while clinging to the plane and then there were some Afghan nationals who were left behind to live under the Taliban regime.

In an exclusive interview with Zee Media, Aamir (name changed) tells us the story of life under the Taliban.

ZEE MEDIA: You tried but couldn't flee Afghanistan and now you and the rest of your family is hiding at different locations. And, as you say, the Taliban has taken over your family home. What forbade you from leaving Afghanistan and why did it get especially bad for you and your family?

AAMIR: Yes, we have tried to flee from Kabul since our family, especially my father and my brother, were engaged directly with the native forces as military officers. During the evacuation, we tried to flee from Afghanistan. But, unfortunately, we couldn't do that. Since the Taliban took control of Kabul city, we have been in Panjshir Valley alongside the resistance forces of the Pakistani drones’ interference in Panjshir Valley. The resistance forces defended initially, so we left (Panjshir, the epicentre of resistance against the Taliban), we came back to Kabul, and now we are hiding inside Kabul city. Each member of the family is living in separate areas. If one is to be captured by the Taliban, then the rest of us could get informed. And now, living under the Taliban is very difficult. It is like a prison, the whole country is like prisoners who are inside a jail. If you go on in the city, you may recognize you're living in the city of zombies. So, we are trying somehow to manage.

ALSO READ | Shoot me in the head but don't let Taliban take me away alive: Afghan pop star told fiance

ZEE MEDIA: You are a self-proclaimed supporter of the resistance movement and have recently sought refuge in Kabul after leaving Panjshir for obvious reasons. How did you make that journey and why was it important for you to be part of the resistance?

AAMIR: I have been a part of the resistance forces and I have been supporting—and I am still supporting. After Panjshir fell, we made our journey (back) to Kabul city. We climbed up the mountains from Dara district, and then descended to Nejrab district and from there, it was one-and-a-half-day walking distance to reach Kabul city. It was around 80 km. Yes, it was quite difficult and we made the journey. We came to Kabul. Life is quite difficult here. We are all hiding, both men and women of the family, with our relatives and friends. Living in Kabul is horrible; it’s terrifying under this state (of) terrorism. It is very disgusting that we live in such a country and we lost a democracy like we (once) had, unfortunately.

ZEE MEDIA: The female members of your family--and even female friends--must be terrified. How are they getting by?

AAMIR: Yes, some might some of my female family members like my siblings, or my wife or my friends whom I had who were working with the private or governmental organizations, now they have been restricted to not go to their jobs or to the academic areas like universities or school. So I think removing female employees or half of the society will lead Afghanistan again to 90s of the Taliban regime. So, mainly the Taliban is keen to establish a male-dominance kind of governance in Afghanistan. And this is really sad for open-minded people like us. And, we are losing mostly like a lot of educated people. I think the female or the woman situation in Afghanistan is very bad. And they are in the process of being removed from society. And their engagement in government sector or private sector--media or wherever--they have been working and now they are restricted not to go.

ZEE MEDIA: You mentioned your family members have served different embassies over the years and now they are hiding away. How's life for them?

AAMIR: My family members work with embassies. All (of) my family members who have been in charge of security and protection of all embassies inside Kabul city for a very long period of time, we couldn't flee from Kabul (and) now we are at a very high risk of dismissal: all the family members. And we are being called by the Taliban, ‘this family (referring to his clan) or that group of people are servants of the ignorant inside of Aghanistan.’ So, this is making our lives extremely difficult and the family member or living under a very, very high mental pressure. Most of the family members, who directly worked with the forces and the embassies, are now in very deep depression and mental health problems. So living under the Taliban, with such a background, is making life very difficult in Kabul.

ZEE MEDIA: You mentioned studying in India for a good number of years. How was that experience for you? What is the main difference between both the countries you observed during your stay?

ZEE MEDIA: Also, have you received any support or words of encouragement from your Indian friends?